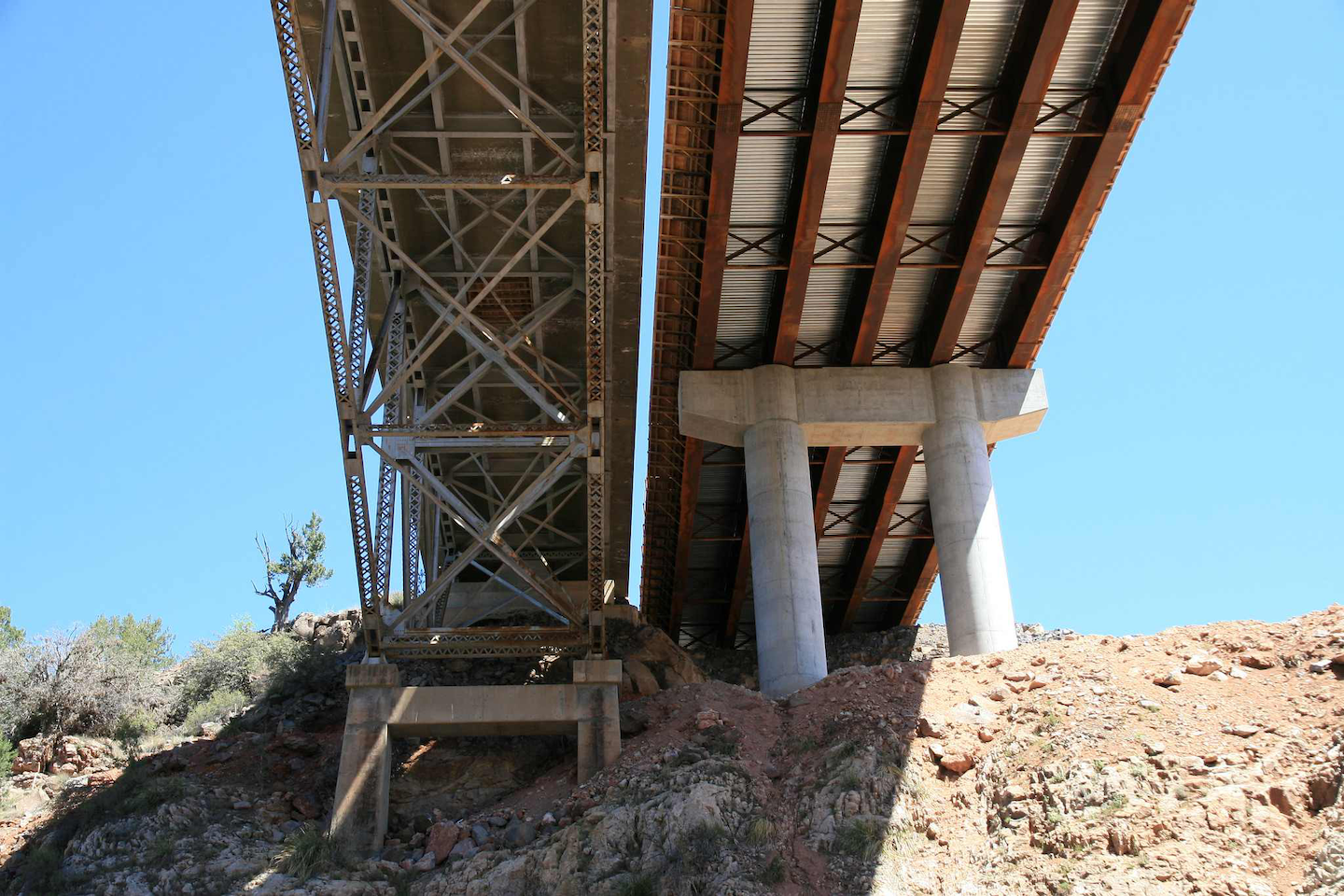 The new Hell Canyon Bridge on State Route 89 is 65 feet longer and 17 feet wider than the bridge it’s replacing.

A $14.4 million bridge project on State Route 89 at Hell Canyon in Arizona is now complete, and the bridge opened to traffic earlier this month after 13 months of work.

ADOT says the new bridge is 65 feet longer, 17 feet wider and better able to handle commercial traffic than the 62-year-old bridge it replaces. It has 12-foot lanes and 10-foot shoulders in each direction to help accommodate oversize loads, ADOT says.

“SR 89 between Prescott and I-40 is not only an important commuter route between central and northern Arizona, but is also a key strategic detour route, when there are closures to I-17, I-40, and U.S. 93,” ADOT Northwest District Engineer Alvin Stump said. “The new bridge will help ensure that SR 89 can continue to provide these critical transportation needs, including oversized commercial loads.”

The Hell Canyon Bridge, located about 18 miles north of Chino Valley between Prescott and Ash Fork, will carry about 3,400 vehicles each day, according to ADOT.