I-65 South closed to one lane south of Birmingham 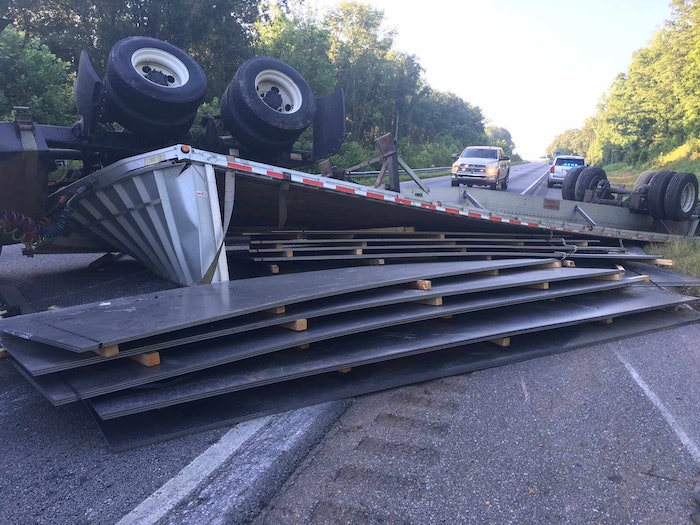 UPDATE: July 14, 4 p.m. Central: Local law enforcement said Thursday afternoon the overturned truck was hauling steel plates that are requiring special machinery to pick up and load onto another truck. Currently, I-65 around the 219 milemarker south of Birmingham, Ala., is still closed to just one lane.

Traffic Alert…Troopers have one lane open on I65 SB at the 220mm in Chilton Co. An early morning 18-wheeler crash had both lanes blocked

Avoid I65 south bound from the 225 south. The interstate is completely shutdown at the 219. pic.twitter.com/14Unp5sUiW

An overturned 18-wheeler is blocking all southbound lanes of I-65, just south of Birmingham, Ala., as of Thursday morning at 9 a.m. Central time.

Crews are working to clear the wreck at milemarker 219. The crash happened around 6 a.m. Thursday. As of 9 a.m., local news stations were still recommending traffic take a detour on U.S. 31 from Calera to Jemison.

We will update this post as more information comes available.

8:25am: Still recommending the detour on US 31 from Calera to Jemison. 65 SB still CLOSED @ MM 219 overturned truck. pic.twitter.com/xQbKZ6pQii

Tweets from https://twitter.com/channel19todd/lists/roads-511
Get the business tips, industry insights and trending news every owner-operator needs to know in the Overdrive newsletter.
Read Next