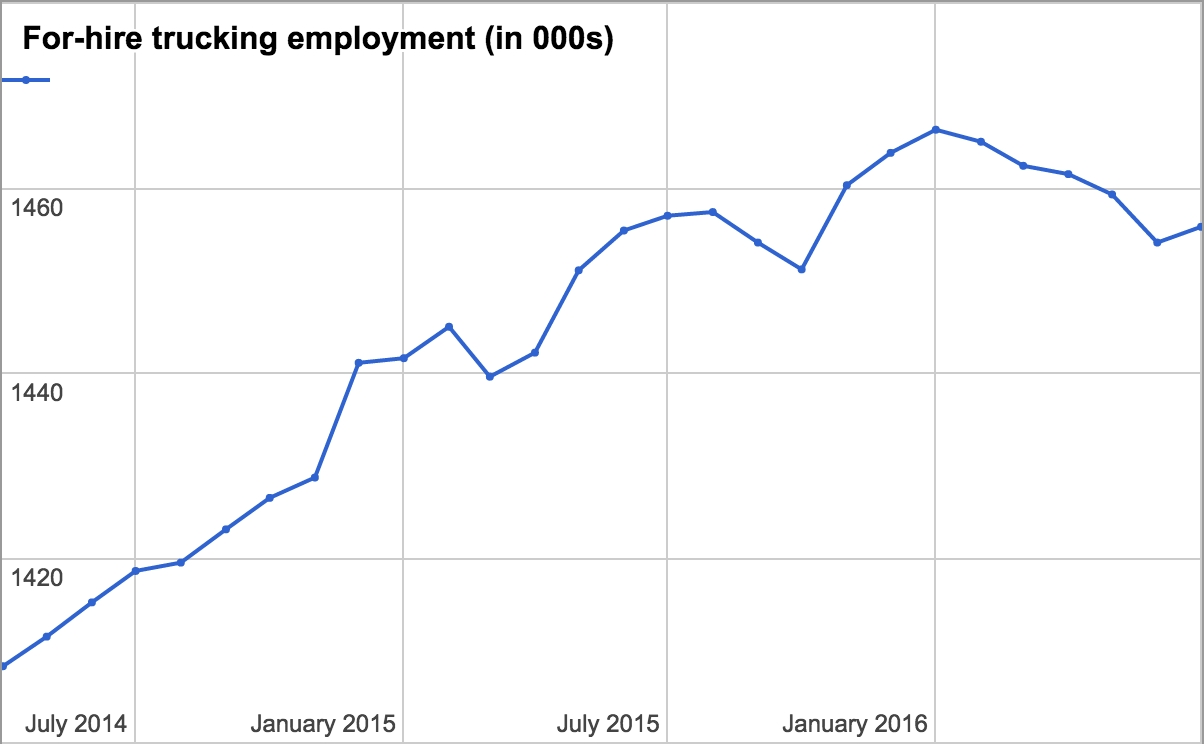 The for-hire trucking industry’s total employment rebounded slightly in July, gaining 1,700 jobs in the month, according to preliminary figures reported Aug. 5 by the Department of Labor’s monthly Employment Situation Report.

July’s gain was the first jobs increase since January for the industry, snapping a five-month run of jobs decreasing.

Trucking followed the overall trend of the U.S. economy, which saw employment jump by 255,000 jobs, keeping the nation’s unemployment rate at 4.9 percent.

For-hire trucking employment in the month totaled 1.455 million, according to the DOL’s figures.