Roscoe Revere pushed his iron horse across the nation to warn his fellow drivers, but alas, he failed when he got hemmed up on 285 around Atlanta in a 62-mph-limited clusterbomb of traffic and starved to death before he made Villa Rica.

Limit all the things! Strangle out life as we know it, because limits are important, regardless of the detriment they may cause. Let’s explore a couple “limits” the gubmint has recently set for us, and see how “beneficial” it’s been to have them.

Somewhere around 2006, the education standard of “common core” became a widely publicized and extremely controversial idea in the scheme of our national education system. The feds were at least smart enough to let the states decide whether or not they’d like to participate, and by 2013, all but seven eventually adopted the sweeping change of common core.

I could write a twenty page exposé on Common Core and the distinct changes, both good and bad, it has caused within the systems that adopted it, but I’ve got about 600 words to get my point across here, so we’ll leave the gobblety-gook and get to what the teachers I talked to said about it. (Use of the gobblety-gook term here clearly indicates I did not receive a common core education.)

“Common Core didn’t just change what I taught, it changed how I was supposed to teach it. You’re trained in college one way, and you’re expected to teach in your schools an entirely different way.”

“I am frustrated by the ‘one size fits all’ standard. There is no set speed for learning.”

“Common Core was intended to benefit the children being ‘left behind’ by education standards, and while I think a lot of those children have benefited, we’ve now left the parents, who learned in an entirely different way, behind. This isn’t the progress we had hoped for, there is a disconnect between the ‘old learners’ and the ‘new learners’ that wasn’t accounted for in the original idea.”

“I teach in Texas. We just laughed at it and went on teaching.”

“When common core is taught correctly, students develop a deeper understanding of place value, number sense, proportionality, equality and many other concepts. They are more fluent in math and can switch between strategies based on the type of problem to solve.”

Two things I took away from the conversations I had: it’s considered a good idea in theory, and if people were trained from the beginning of their education as an educator to use it, it would be much easier to implement. That being said, the majority of professionals I spoke to feel like unnecessary and complicated mandates that don’t allow the professional to use the training they have to the fullest are not beneficial in any way, to anyone.

So let’s move on to the Health Insurance debacle, shall we?

Again, a vehement argument around the benefits v. detriments of putting the gubmint in charge, and again, they have failed miserably at implementing it. You don’t need to talk to a health care professional to know this. And if you think we have a problem when the truckers finally get sick of being told what to do and walk off to other jobs, just wait until the doctors and nurses do it. You can not expect professional people to take the full brunt of litigation resulting from their actions without giving them full control of those actions. If you insist on limiting their ability to function autonomously, then you should in turn limit the consequences they face for failure.

Fair is fair, right? I mean, we’re doing this so everyone can be on an “even playing field,” right? Think about it.

If implementing speed limiters on every single commercial vehicle on the roads were as easy as saying, “OK y’all, go slow,” it may be something that could actually have benefits, but we all know it’s not that easy.

Throwing the wrench of “one speed fits all” into a world where that is entirely not true in any part of it is not only asking for trouble, it’s just plain stupid. We are clearly not learning from our mistakes.

I’m not sure how many industries we’re going to let be flat-out destroyed by gubmint overreach before we stop letting them do it, but I do know more than 80 percent of Congress is up for re-election, and if we send them a very clear message by voting them out of their jobs, the gubmint may just start listening.

You better believe the minute the limiter rule hits the books for comment, my big mouth will be flapping. I challenge you to do the same.

Speed limiter rule projected to be published next week, per DOT report 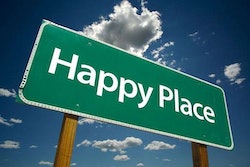 Women truckers to take to the high seas with first conference