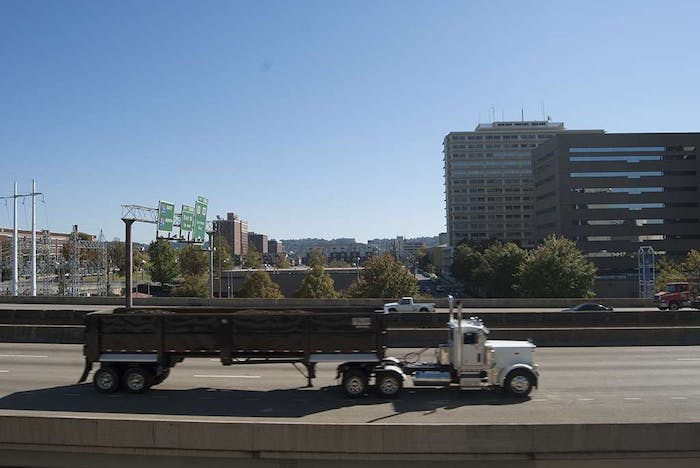 The opposing sides in the speed limiter debate have one thing in common: They both believe accident data proves their stance is the safest.

Their arguments are being filed with the U.S. Department of Transportation now that the Notice of Proposed Rulemaking for a limiter mandate, published Sept. 7, is up for public comment through Nov. 7. Pending now are filings for a 30-day extension by the American Trucking Associations and a 60-day extension by the Owner-Operator Independent Drivers Association.

Proponents’ key point is that capping truck speeds will reduce the number of truck-involved crashes. They also see speed limiters as a means to increase fuel economy, which would cut carriers’ costs and reduce emissions.

Opponents of the rule argue the opposite regarding safety, saying that the resulting speed differential between trucks and other vehicles would put all drivers at greater risk. Detractors of the rule also argue a speed governor mandate would create more “rolling roadblocks” when trucks are in both lanes, making highways more inefficient, frustrating and unsafe for all. For truckers already encumbered by an ever-expanding regulatory environment, it would add yet another element restricting their ability to perform their jobs.

Many large fleets have capped truck speeds for years, often in the low to mid-60s. The American Trucking Associations and other mandate advocates point to those fleets’ safety records as strong evidence for requiring governors. 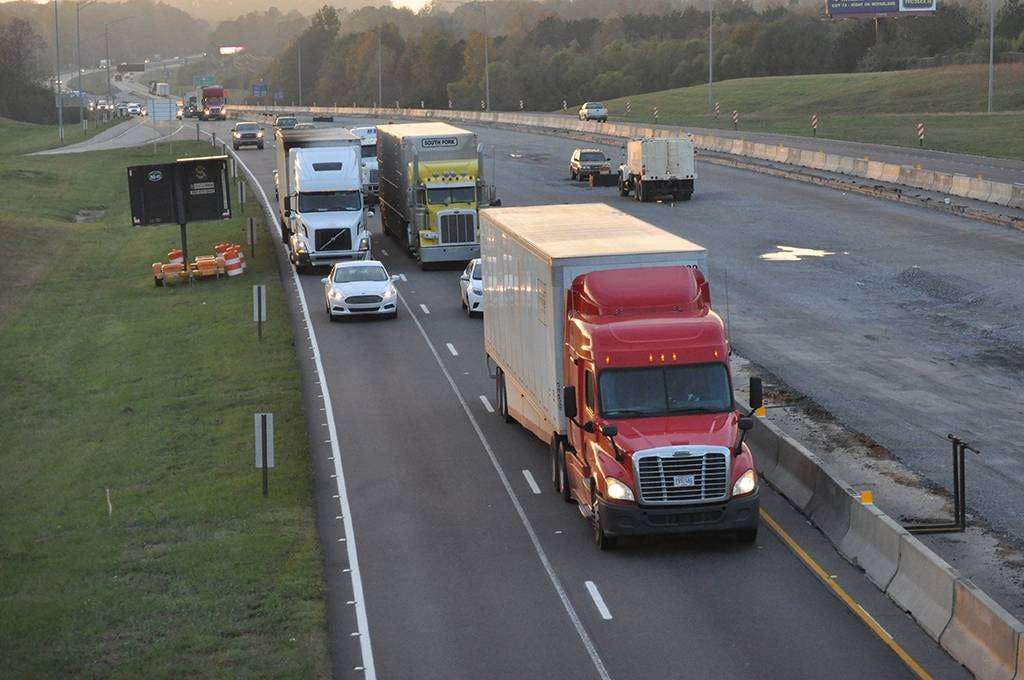 Schneider Chief Executive Mark Rourke, speaking in September at the 2016 FTR Conference, said fuel economy has gone up and crashes have gone down since his fleet began using limiters in 2009. “The best thing you can do for [fuel economy] and safety is lower speeds,” he said. 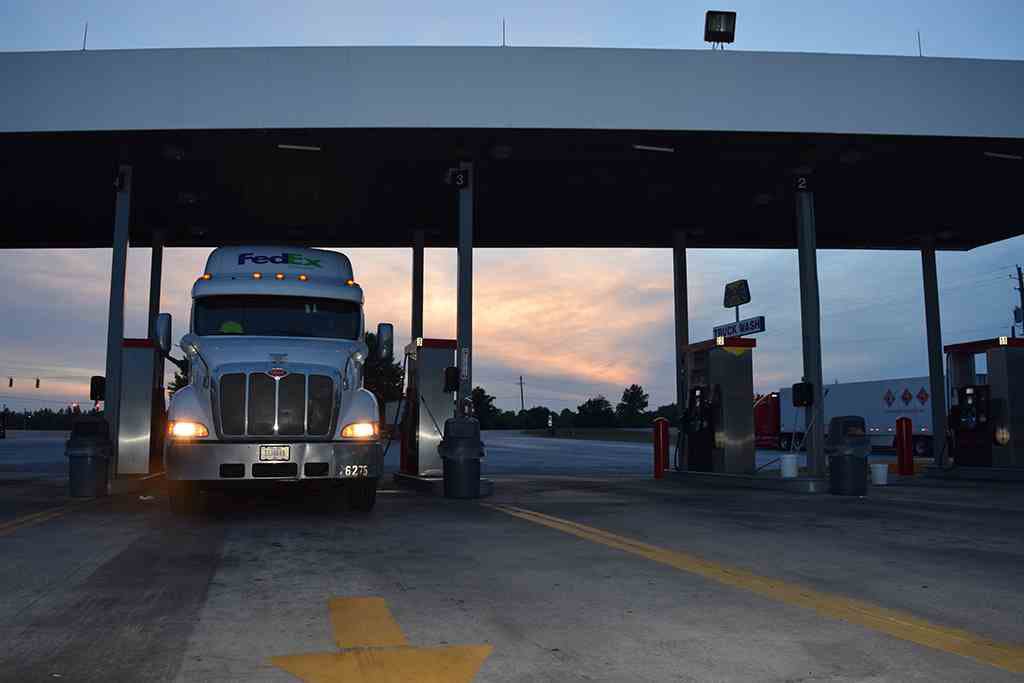 Advocates of the speed limiter mandate argue that not only would highways be safer if truck speeds were limited, but slower speeds also would reduce fuel consumption and greenhouse gas emissions.

OOIDA, the de-facto leader of the anti-limiter pushback, has largely ignored the fuel economy point, but strongly challenges the safety claims.

OOIDA points to 2003 testimony from FMCSA’s Julie Anna Cirillo, who warned a Senate committee that a speed limit differential is always unsafe: “Traffic operating at or about the same speed, regardless of speed limit, is the safest traffic environment. Jurisdictions should do whatever they can to encourage this operating scenario and should never require the opposite.”

Cirillo said she focused much of her career on studying speed limits, crashes and speed differentials. She worked for DOT for 34 years, including time as FMCSA’s chief safety officer and acting administrator.

Cirillo told lawmakers that limiting truck speeds could push more trucks off the Interstate system and onto other highways to avoid differential speed limits. “If this occurs, the jurisdiction will experience much higher accident rates because of the inherent safety of the Interstate system. It is essential to remember that most accidents occur on non-freeway facilities.”

OOIDA also stands behind a review of state-to-state variations in crashes performed by the National Highway Traffic Safety Administration in 2014. The report shows that in two-vehicle fatal crashes involving trucks and passenger cars, rear-end crashes are the most common. In 2014’s fatal crash data, trucks were struck in the rear in 21 percent of the crashes, compared to 7 percent in which trucks struck the other vehicle. Artificial speed differentials could cause more rear-end collisions with slower trucks, though that correlation was not part of the report.

Speed differentials aside, several studies over past decades conclude that slower speeds are safer.

A 2012 study from the Institute for Road Safety Research in the Netherlands found that as “speeds become higher, the crash rate will also increase. … Crashes also result in more serious injury, for the driver who caused the crash as well as for the crash opponent.”

In a 2006 study, the National Cooperative Highway Research Program found that raising speed limits from 55 to 65 mph caused crash rates to rise 3 percent. It also concluded that the same 55 to 65 mph increase increased the likelihood of a fatal injury 24 percent.

It wasn’t until last month that the Notice of Proposed Rulemaking made its way through the regulatory process and got published. Even after a decade, specifics, including a limited speed, were sparse.

At best, a final rule will take months, more likely years, to develop, and the U.S. Department of Transportation calls for a three-year implementation period in the NPRM. So even if the mandate makes steady progress, it’s unlikely to take effect until 2020 at the earliest.

Also, since the NPRM was so bare bones, a second and more fleshed out proposal could be issued as a Supplemental NPRM, which would come with another public comment period. Such a scenario would push implementation into the 2020s.

Public comments submitted by those identifying as truckers in the first few weeks of the 60-day public comment period for the speed limiter proposed rule show fervent opposition.

To file a comment of your own, visit OverdriveOnline.com/speedrule, which goes directly to the rule’s Regulations.gov comment page. Or mail written comments to:

Here are some of the early comments:

“Regardless of where you set the governor at, you might as well start counting the death toll rate going up. It has been proven time after time that the split speed limits will cause more deaths, both drivers of trucks and four-wheelers. You need to teach people to use common sense.”
– Joseph Harvey, Topeka, Kansas

“This proposed rule will increase truck traffic and increase congestion on our already crowded infrastructure. … This new proposal in concert with the crazy 14/10 hour rule will only burden our nation with higher transportation costs and more truck traffic. We as an industry need to be able to move freight at the same posted limit as the motoring public. Consider all of the frustrated motorists that will be making poor passing choices, increasing their chances for collision with oncoming traffic in an attempt to move ahead of slower-moving Class 8 trucks.”
– Brock Bordner, Chilton, Texas

“As a small fleet owner/partner, I see this as just another way the federal government is trying to micromanage my business. We stay in business by making good decisions and operating safely and efficiently. This will just make it harder for us to do that.”
– Doug Davey, Olathe, Kansas

“I’ve investigated a lot of accidents in the past 25 years. Had plenty where we decided our driver was operating over his/her head for the conditions. Had zero where a cop looked at me and said ‘If only your truck ran faster, none of this would have happened.’ The biggest disrupter in this process will be the need to recalculate millions of freight moves that might be tight with the current speed limits. And perhaps the ‘states’ rights’ arguments that they reserve the right to set the speed for heavy trucks.”
– Anonymous commenter

“With 23 years in the trucking industry, I must say I am strictly opposed to speed limiters of any type in my equipment. Speed differentials of all types have been found to be unsafe in many studies, which has led to the vast majority of states to abandon split speed limits. I see this as an uninformed decision, an overreach of government authority, an uninvited intrusion into my trucking business, and an attempt to revisit the failure that was the national speed limit. A nation of individuals will never thrive with this type of ‘one size fits all’ legislation from unelected bureaucracies.”
– M.C. Groff

“These proposed rules will only make it more difficult for heavy trucks and cars to share the road safely. When you limit vehicles by mechanical means instead just relying on the local speed limits, you cause problems where none existed before.”
– Thomas Herron

“Mandating governors on commercial trucks will cause crashes by illegally putting drivers to sleep with boredom, illegally reducing the amount of sleep drivers get, creating illegal road hazards of slow trucks.”
– John Davis 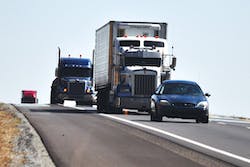 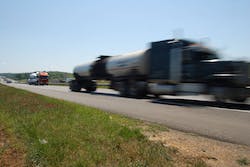 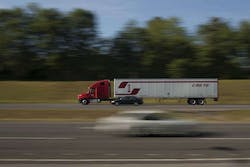