Among the used truck models three to five years of age, the Freightliner Cascadia, Kenworth T660, and Volvo VNL64T 730/780 all falling into a range between $61,000 – $63,500 in August, according to data released this week by J.D. Power & Associates. The International ProStar, meanwhile, saw a boost.

“The International ProStar appears to have taken a huge leap upward, primarily due to the inclusion of a number of 2014’s, after a few months of no sales of that model year,” says J.D. Power’s Chris Visser, who added ISX -equipped ProStars of model year 2014 brought money comparable to the market average in July.

The wholesale side of the used market saw pricing fall. 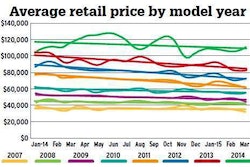 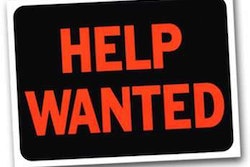 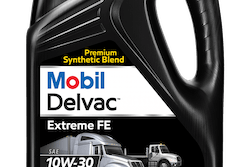