Gremlin: (n) 1. a mischievous invisible being, said by airplane pilots in World War II to cause engine trouble and mechanical difficulties.

2. any cause of trouble, difficulties, etc., especially in a mechanical, electrical, or other system: “A loose wire was the gremlin that blew out the lights.”

Housecat: (n) 1. Domesticated cat kept as a pet: “Wendy has a housecat who secretly wants to kill her or drive her nutso, but she feeds it and pets it anyway.”

We know gremlins. Lord help us, we know some dang gremlins. Anyone who has ever owned a big truck knows gremlins. Those little buggers get all up in a 12-year-old Freightliner and make nests, get real comfortable and hang around indefinitely. When I looked up the definition of “gremlin,” and saw the example sentence, I was pretty sure the person who wrote it worked on big trucks for a living before writing example sentences for Merriam-Webster websites.

A “loose wire” has been attributed as the cause of everything from radiator to tire-pressure issues. We once threw a code that said, “Your soul and general person are in imminent danger. Lucifer awaits at the dealership.” After we decided whether or not to get a priest or a mechanic, we were told by the priest it was just a loose wire — it’s apparently the “go to” answer for more than just diesel mechanics. (Pretty sure this is a filthy lie, because we were in West Memphis, Ark., and you’d be hard-pressed to find a priest up in there.)

Truck gremlins are one thing, but when you have a gremlin who lives in your house, and you feed him, you begin to question your own sanity. Yes you do. I’m not arguing, I’m testifyin’. Can I get a witness?

We’ve had cats for years — we’ve always lived somewhere we needed cats. I like pet cats much better than pet mice, and when you live in a farmhouse surrounded by cornfields, that’s the choice.

Only one of the farmhouse cats is left, and when we moved him to a neighborhood setting, where the mice aren’t nearly as plentiful, he went into a dark depression and licked all his fur off. I ain’t lyin’: he licked himself until he looked like he had the mange and herptafluffalupugus all over him. He laid around and acted half dead until we finally relented and let him outside, and he went on a killing spree of epic proportions. For about a month, anything with fur or feathers and a face ended up shredded to bits on the porch. It was awful for us and the victims, but the cat’s disposition improved, and he stopped abusing himself.

Unfortunately, this disposition also includes his kitten-like playfulness that’s not OK when it’s not kitten teeth and baby claws sinking into you from a side-of-the-office-chair sneak attack. It’s the difference between arm wrestling a toddler and grappling with a seasoned killer. He has laid both George and I open with sudden “let’s freak the eff out and jump straight up in the air” outbursts more than once recently, so he’s been banished from the bedroom.

To get me back, he lays around in my office all night – specifically on my computer. I woke up this morning and he had somehow opened every file on my desktop and scattered them all around hell and creation. When I screamed at him and asked what the hell he did, he told me it was a loose wire.

I called the priest. 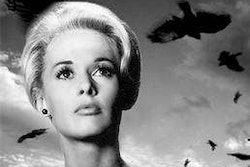 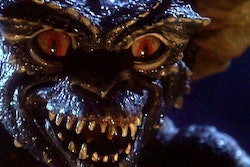 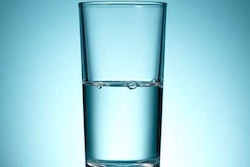 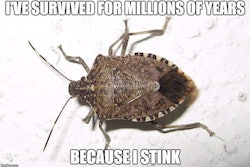