For the past 20 years, Merriam-Webster Dictionary has tracked search trends to come up with a “word of the year.” 2016 was apparently “surreal” for a lot of people, even though they weren’t quite sure what “surreal” meant, and had to look it up. You have to admit, it sounds delicious. I wonder how many were disappointed when they discovered the actual definition didn’t include cracked sea salt and caramel?

Considering that surreal denotes a dream-like quality, I’m going to have to disagree with 2016 being dreamy. “Night-marey with a dash of soul crushing” is probably more accurate, but since there’s not a single word for that, and I try to stick with laughter, even if it’s bitter, I’ll go with “absurd.” The definition for “absurd” includes words like “unreasonable” and “unsound,” and those are words that quite aptly describe some of the things we’ve encountered in business transactions this year.

We’ve also had some absurdly (wildly unreasonable) fun times this year, and learned the value of support from our friends. We wouldn’t have made it without them.

So whether or not it was dreamy, unreasonable, or unsound, it was a year of experiences we chose to grow from. Don’t get me wrong, we spent a fair amount of time being bitter, but with the help and support of some of the most decent people on earth, we chose to get back at it and go again. (Mostly because we’re crazy, but I think some pride and determination — mixed with just enough spite to keep momentum going through the really bad times — had a lot to do with it.)

There’s no doubt we’re going to have to work our butts off in 2017 to catch up, but there are certainly worse things to have than an abundance of work to do. Like a flesh-eating case of herptafluffalupugus.

See? Glass half-full already. Bring it on, 2017, you can’t possibly be worse than a flesh-eating case of herptafluffalupugus. Let’s do this. 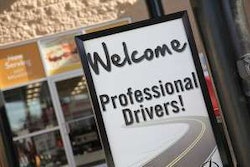 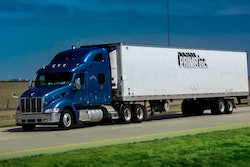