Editor’s note: The LT series is officially being introduced to trucking industry press late Friday. More photos will be published of the tractor upon its unveiling.

International on Friday introduced its new flagship line of Class 8 on-highway trucks, taking the mantle from the company’s ProStar.

International says its LT Series, the company’s most fuel efficient line of trucks to date, was designed with feedback from drivers that resulted in a final product that Jeff Sass, senior vice president of sales and marketing for Navistar, calls “the most driver-centric Class 8 vehicle we’ve ever built.”

The truck features an all-new interior that – based on a review of the more than 500 points where the driver and truck interact – offers better elbow room, hip room and leg room. Driver input also led to a mix of high-tech and traditional features that emphasize driver ease of use.

The redesigned interior features a premium dash cluster with a digital driver display that places everything within reach while offering real-time monitoring of fuel economy. The new display also offers up to 15 customizable digital gauges. In addition, the air horn was relocated back to its traditional, intuitive position over the driver door in response to driver feedback.

The LT Series, which is available for order as of Friday, is being launched with the new 2017 Cummins X15 engine, with a horsepower rating of up to 500 HP in the efficiency series and up to 565 HP in the performance series. 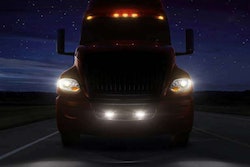 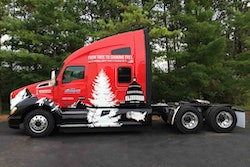