UPDATE: Friday, Jan. 20, 8 a.m. Central: The Oregon Department of Transportation has reopened I-84 in both directions throughout the state, according to a Tweet early Friday morning.

I-90 in Washington state at the Snoqualmie Pass has also been reopened, according to the Washington State Department of Transportation.

UPDATE: Thursday, Oct. 19, 3:30 p.m. Central: As of Thursday afternoon, I-84 in Oregon is closed on the westbound side between milemarkers 374 and 302. The interstate is also closed in both directions between milemarkers 17 and 64, and will remain closed through the rest of the day Thursday. I-82 has been reopened, according to the Oregon Department of Transportation.

The Washington State Department of Transportation says conditions have improved enough for crews to begin working on I-90 at Snoqualmie Pass. The department says it hopes to have the eastbound lanes open by 4 p.m., at which point it can begin evaluating westbound lanes. There is no estimated reopening time for the westbound lanes.

#BREAKING: Update on the I-90 closure including plans to reopen eastbound at 4 p.m. pic.twitter.com/JgLYaCRlJY

Winter Storm Kori, which hit the Pacific Northwest overnight Tuesday into Wednesday, has caused a large portion of I-84 in Oregon to be shut down, as well as a portion of I-82 in the state. A section of I-90 in Washington state is also closed because of winter weather.

In Washington state, I-90 is closed in both directions at the Snoqualmie Pass beginning at milemarker 34 eastbound and at milemarker 106 westbound. The Washington State DOT says conditions are not safe enough for crews to work on the roads, and the interstate will remain closed at least until Thursday morning. WSDOT says alternate routes include U.S. 2 through Stevens Pass and U.S. 12 through White Pass.

Snowdrifts on I-84 are unpredictable. Trees still coming down, dangerous even for our experienced crews. Stay warm out there. pic.twitter.com/rtTnoCFZAc

Here's a few shots from I-90. pic.twitter.com/5MlJMPAzl3

Here's what it looks like at MP 34 just east of North Bend. I-90 @SnoqualmiePass will remain closed overnight. Alt. routes are US 2/US 12. pic.twitter.com/HufslmXZLh

Update on I-90 closure live from milepost 34 near #NorthBend. https://t.co/ajKOIn6hGP 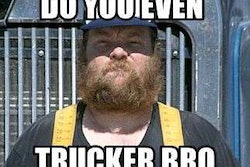