A band of trucking industry stakeholders, including some truck and engine OEMs and the American Trucking Associations, issued a letter last week to the new administrator of the Environmental Protection Agency asking him to ensure the agency continues to support the Diesel Emissions Reduction Act program.

DERA offers rebates and grants to owners of diesel-powered equipment to aid in retrofitting older engines with more modern, lower emissions technology or in replacing older equipment all together.

In a March 3 letter to new EPA Administrator Scott Pruitt, 20 companies and organizations rallied for the continuation of the program, arguing it “supports domestic jobs while helping to clean the air.”

“We estimate that almost three out of five diesel trucks and buses on the road today are more than ten years old and emit much higher levels of emissions than the vehicles using today’s technology.  Without a program like DERA, these older vehicles will stay on the road until they wear out, increasing emissions that could be significantly reduced if replaced with newer technology,” the letter states.

Pruitt, former attorney general in Oklahoma, was confirmed by the Senate in February to run the EPA under President Trump. As Oklahoma’s attorney general, Pruitt sued the EPA 14 times, saying the agency overstepped its legal bounds with implementation of programs targeting fossil fuel use. He lost 13 of the cases, and the other is still being litigated.

As EPA administrator, he’s said he intends to cut the size of the EPA and scale back its regulatory reach.

More than a simple federal spending program, DERA prompts private sector spending on new equipment and equipment updates, the groups argue. “It is a completely voluntary, merit-based program. EPA estimates every $1 in federal assistance is met with another $3 in non-federal matching funds, including significant investments from the private sector,” the letter states. “EPA estimates equates to approximately $12.6 billion in health benefits — all this for an investment of only $700 million.”

Signees include ATA, Caterpillar, Cummins, Navistar, the Truck & Engine Manufacturers Association and Volvo Trucks, in addition to several other prominent groups. The letter’s distribution was spearheaded by the Diesel Technology Forum.

Nearly 73,000 vehicles have been upgraded or replaced under the program since its passage in Congress in 2005, the petitioners say, noting that the act received “overwhelming bipartisan support” in both chambers of Congress. Such upgrades have cut fuel usage by a combined 450 million gallons in that time period, petitioners say.

See the full letter at this link. 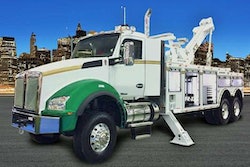 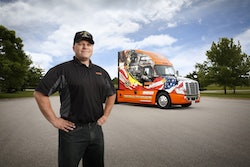 Schneider recognized for being ‘military-friendly’ employer 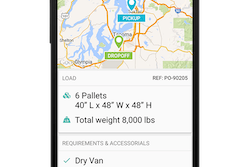