“The industry has definitely shifted in the last 18 months from ‘Should I have video?’ to ‘Which video is right solution,'” Mitgang said.

That acceptance helped the company grow 94 percent in 2016 and it expects about 50 percent growth this year, he said. More than 100 of its customers are in trucking. The total trucks and other vehicles with SmartDrive equipment is close to 100,000.

Another development is that while many fleets were early adapters of forward-facing cameras and hesitant to use driver-facing cams, now “the majority of what we sell are two cameras,” Mitgang said, and the same appears to be true for SmartDrive competitors. “If want you want to protect the fleet from crafty litigators, the ultimate way is to truly understand what’s going on in and around the vehicle.”

While many drivers continue to balk at having a camera trained on them, he said many SmartDrive customers have been able to soften that resistance. The company works with fleets to develop a strong communication plan that explains to drivers how the system can help the fleet and drivers work better as a team. “It’s all about being good at how you roll out new initiatives,” he said.

The system can also directly benefit drivers’ careers by keeping their safety ratings within an acceptable range.

Mitgang said one mass transit system customer “had a no-tolerance policy for collisions,” firing drivers regardless of fault. Once the system was employed, “the video showed most of the collisions were not the fault of the driver” and the policy was revoked.

From the beginning, such accident exoneration was a selling point for dashcams, especially those facing forward, since it’s been long established that most truck-related accidents are caused by the other driver.

When there’s an accident, “a litigator will find ways to create doubt about your company. If you have video, you can settle faster, cheaper,” Mitgang said. “If in the first five minutes you figure you were at fault, you’ll lose quicker and cheaper. On the other side, if you win, you’ll win fast and more often.”

Video data also can help prevent accidents by pinpointing unsafe driving behaviors and giving managers opportunities to coach individual drivers accordingly. In the same way, the coaching can save money by focusing on habits such as aggressive acceleration and braking that waste fuel.

“We try to figure out the right technology and algorithmic approach to deliver a service to make the fleet more efficient,” Mitgang said. That means primarily improving fuel economy through driving behavior, but it also can help with equipment purchasing.

Suppose a fleet wants to test the effectiveness of trailer skirts. If both groups of drivers — those driving with the add-ones and those without — have notably different driving styles, test results would be questionable.

“You get a much more solid baseline in control groups by picking similar driving behaviors and patterns,” Mitgang said. That’s possible when there’s plenty of data, including some gathered by video, to match similar drivers.

Video evidence can also identify habits as simple as distracted driving, such as texting, eating and grooming, he said. It can even document things thought to be monitored via telematics, such as speeding, as when a driver tops a steep hill, shifts to neutral and coasts down at an excessive speed. 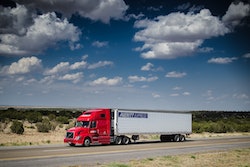 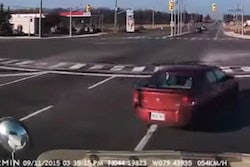 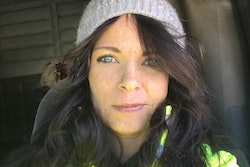