Lawmakers in two states have proposed legislation that could affect truckers.

In Rhode Island, State Rep. Patricia Morgan has proposed a bill to repeal the state’s trucks-only tolling law that was passed last year. The act was dubbed RhodeWorks and was meant to help fund infrastructure projects in the state. In a radio interview with WPRO, Morgan called RhodeWorks “irresponsible,” adding the bill “should never have passed last year.”

Under RhodeWorks, drivers of Class 8 trucks will pay a maximum of $20 to travel through the state along Interstate 95 one-way. Each electronic toll gantry a trucker passes under would cost about $3. The maximum daily charge would be $40.

“We thank Minority Leader Morgan for her leadership in introducing this important piece of legislation,” said ATA President and CEO Chris Spear. “As our industry knows well, interstate tolls are not the solution when it comes to funding infrastructure improvements – something we care deeply about. Moreover, the trucking industry will not sit idle while states attempt to turn our trucks into rolling ATMs. The onus is now on the Rhode Island legislature to correct this ill-conceived plan. ATA will take whatever steps are necessary to prevent these proposed tolls on overpasses, including litigation.”

Another bill that could affect truckers was proposed last week in Louisiana and would lower the speed limit for trucks and buses by 10 miles per hour below the posted speed limits on interstate highways. State Rep. Steve Carter introduced the legislation.

“Any person operating a school bus, truck-tractor, trailer, semi-trailer, or any combination of these vehicles on any interstate highway of this state shall maintain a speed of at least ten miles per hour below the posted speed limit,” the bill states.

According to the Times-Picayune in New Orleans, Carter says lowering the speed limits for trucks and buses would help prevent accidents and fatalities in the state. The report goes on to say the vehicles covered by Carter’s legislation were involved in just over 2 percent of accidents in the state in 2016. 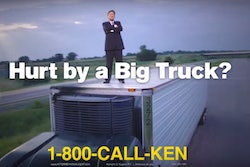 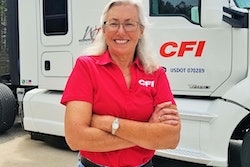