The merger of two of the continent’s largest and most prominent trucking companies, Swift Transportation and Knight Transportation, won’t impact the jobs of the nearly 30,000 combined drivers employed by the two companies, a transportation financial analyst told Overdrive last week.

The companies made it clear last week they intend to remain independent operations after the merger deal, says Brad Delco, managing director and research analyst for Stephens, Inc. Both carriers are offering loyalty bonuses to drivers who stay with the companies — an extra penny per mile from May through whenever the deal closes, which Delco says will likely be sometime between July and September.

The merger’s key goal, says Delco, is to increase Swift’s efficiency and profitability by bringing Knight’s management style to the truckload giant. Knight has “one of the best management teams in the country,” Delco says, which caught the eye of Swift ownership about a year ago, when merger talks between the two companies began.

The new company, to be dubbed Knight-Swift Transportation Holdings, will operate about 30,000 tractors and employ about that many drivers. Swift brings the lion’s share of those stats to the deal — about 25,000 tractors and 22,000 drivers, according to 2015 data. In 2016, Swift earned over $4 billion in revenue. Knight brought in $1.18 billion. However, Swift’s net income in 2016 was just shy of $150 million, compared to Knight’s $94 million.

As noted in the companies’ merger deal released last week, Swift CEO Richard Stocking will no longer head the company once the merger takes effect. Likewise, Swift CFO Ginnie Henkley will part from the company.

Outside of those moves, there should be few personnel changes, says Delco. 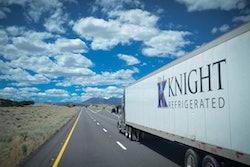 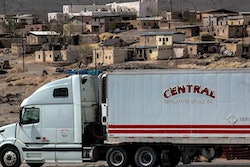