Western Star presented the Owner-Operators Independent Drivers Association (OOIDA) with a new Western Star 5700XE Thursday at the truck maker’s 50th anniversary event in Phoenix. The tractor, the third such truck donated by Western Star to the OOIDA, will be used with OOIDA’s “Spirit of the American Trucker” tour trailer.

Outfitted in white paint and Western Star’s brushed metallic blue Phantom II Graphics Package, the truck was presented to Jon Osborn, a decorated and well-regarded trucking industry veteran who will once again pilot the “Spirit Truck.”

Osborn and his co-pilot pooch “Sassi” will drive the new 5700XE to visit shows, conferences, and truck stops throughout the United States to promote independent truckers and the trucking industry.

For the 2017-18 season, the Western Star 5700XE “Spirit Truck” named “Snowflake” is spec’d with an 82-inch high roof sleeper, and Osborn says he’s looking forward to the extra space.

The truck is powered by a Detroit DD16 engine with 560hp and 1850 lb./ft. of torque, and features Detroit front and rear axles and the Detroit DT12 automated manual transmission. 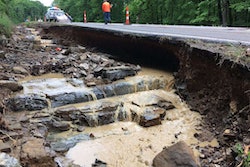 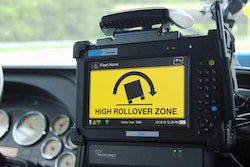 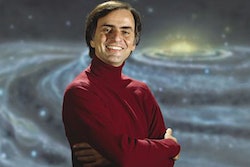