December 18, 2017 is the date the e-log rule goes in to effect for more or less everyone driving a truck of model year 2000 or later. The only other exception will be for those who keep logs for fewer than 8 days out of 30, or drivers willing to install a magic windshield monkey that wards off evil spirits with a special anti-demon whistle.

OK, the magic monkey part isn’t true. If you’re driving a big truck for a living in December, you’re probably going to have to go to e-logs, and all the kicking and screaming in the world isn’t going to help.

As the date draws closer, I’ve noticed a lot more people deciding to protest the rule. I appreciate the feelings: I’m the first one to say, “Stand up to the gubmint,” but I’ve got one question: Where were y’all all those years ago when we were begging people to make comments? Where were you when we had a chance to actually sway some thinking by sheer force of numbers? You weren’t in the office with me, furiously scribbling emails and making calls to my representatives, because the number of comments on e-logs was pitiful. You’d think something that affects almost two million people would have gotten at least a half a million comments, wouldn’t you? Yeah, not even close.

So here we are, six months before the implementation, and suddenly everyone realizes they really are going to do this crap. In true trucker fashion, Facebook groups are born, a lot of people state the same ideas within the groups, and they blow off a lot of steam on Facebook about how everyone involved is going to walk off the job December 18, unless “someone” steps in and does “something” about these e-logs. And again, I love the sentiment, I am fully in support of getting together to change something for the better, but we needed it years ago, not six months before implementation of the law.

These rules have a process, and that process is fully public, and there are very few ways to delay or impede them once they’re set in motion. OOIDA has about the only shot at keeping the e-law off the books, and they did so by using the process and filing a (multiple) lawsuit(s) regarding the issue, because guess what? The people making the rules don’t generally consult Facebook before making decisions. They engage the process, and if the public doesn’t care to have input in the proper forums when it’s asked for, then they go about the process of making a rule a law, and law must be combated with the law – hence lawsuits, and lawyers, and all sorts of messy, expensive things that could have been avoided completely.

No one is going to swoop in and “save” us from the evil e-logs. Even if everyone did walk off the job December 18, there would still be a process to remove the rule, because that’s how a governing body works – it absolutely has to have set-in-stone procedures. If you want to be a part of those procedures, then get involved while they’re happening, not after the fact.

Is it time-consuming to baby-sit the gubmint and their processes? Yes. Yes it is. Should you have to do it? Yes. As a matter of fact, you should. “By the people, for the people” indicates a level of commitment on your personal part that goes way beyond Facebook pages and walking off the job.

When you are asked to comment on proposed rules that affect your everyday life and ability to make a decent living, don’t you think you should? Doesn’t it make more sense to invest the energy in preventing the dang things from happening in the first place, instead of scrambling six months before the rule becomes law and making a bunch of idle threats? We need that momentum on the front end, folks. I guarantee you if half a million people had called and left comments, and followed up that call with an email to their representatives, things would have gone a lot different with this e-log deal.

There is strength in numbers, and there is also an optimum time to strike the enemy. You don’t show up to the battlefield after the decision of victory has been made — that don’t make no sense. Sun Tzu taught that if your opponent gives you a small crack, fill it with your army and make that tiny crack the entry point for your attack. The comments and listening sessions are our small crack in this particular governing process, and we have the numbers to make those cracks true entry points.

I urge you all to pay close attention and get involved in the process when you have the most power to affect it. Fightingfortruckers.com makes it easy to contact representatives and highlights upcoming issues of note within the industry.

Again, I really appreciate the efforts of those who are coming together, and I’m not trying to dissuade anyone from making their concerns known, I just want folks to put the energy in the right place. 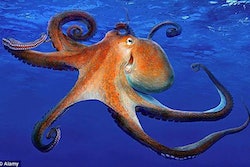