You ain’t gonna believe this, but I’m getting some heat about being reasonable.

I know, right? The words reasonable and Wendy Parker have probably never been used together in a sentence one single time, unless the sentence involved a plea for me to affect an attitude of reasonable. Example: “Wendy, would you please be reasonable and stop insisting there could actually be a factory full of octopuses making tennis shoes in Arkansas?”

And I will absolutely maintain that in a world where we can grow a human ear on the back of a hairless mouse, the thought of genetically engineering octopuses, who are already pretty smart and have eight arms, to sew tennis shoes in a factory in Arkansas isn’t so far-fetched. I will also fight to the death about the process that would be laid out for genetically engineering said octopuses, because even madness deserves some order.

As imaginative and carried away as my mind gets sometimes, I’m sure it’s a shock to some people that I’m a stickler for process. Y’all gotta remember, I’m kind of old, I’ve done a lot of jobs and I’ve fought more than one battle for things I thought were right and true. I have learned some lessons the hard way, and one of those lessons is this: if you’re going to fight the gubmint, you better be prepared, and you better follow their little game plan to a “T” because they’re in charge, whether or not you like it or agree with it. They will also not hesitate to disqualify your concerns immediately if the proper process and procedure isn’t followed. It’s all about the game, people. You don’t have to like it, but it certainly benefits you to learn to play it well.

June 8 is the day we will know for sure what the next process will be regarding the ELD mandate. Supreme Court Justices will decide if they think the appeal OOIDA filed has merit, and one of three things will happen: They’ll decide to hear it as is, and schedule it for session, they’ll throw it out and it’s done until someone finds another way to challenge it, or they’ll kick the Department of Transportation in the rear end for not filing a brief in opposition to the case before their May 15 deadline, ask the U.S. Solicitor to file one, and read it before making the decision whether or not to hear the case.

(The only part of this that may be close to a filthy lie is the “kicking the DOT in the rear” portion — I doubt any kind of chagrin is directed toward them. If anything I feel like their lack of opposition might speak volumes. I’m not great at this “journalism” thing – I’m a storyteller, and those are two drastically different things. [They’re not that different, minus the filthy lies. –ed.] Bear with me. I feel like most of you can discern the filthy lies, but I always try to point them out, because there’s always that one person. You know. Class is about to break up and they ask the teacher some ungodly complicated question, and everyone who smokes or needs to pee hates their guts forever.)

So anyway, to drag this old horse around the barn one more time and get back to the part where I’m getting heat for not using my voice to promote a walk-out if the gubmint dares to implement a law they’ve been telling us they were going to implement for absolute certain, for at least two years now.

Listen, friends, I have nothing but respect for the effort, but I’m not going to jump into a fray George and I have been in the middle of already for years now. That’s redundant. And I’m not going to advocate doing something that might be construed as illegal, and basically used against the industry as ammunition for reasons why it needs to be regulated so heavily, until every single diplomatic process is exhausted. Because that’s the game, like it or not.

Once again, I’ll refer to the fact that we got less than 8,000 recorded comments during the call for such on the ELD mandate. And until we generate at least half a million recorded comments on each and every pertinent issue affecting the industry that we are asked to comment on, we are not doing our jobs to improve the industry effectively.

We absolutely support the cohesive nature of the efforts, we will proudly support and attend any rally that promotes change in a positive way. What we won’t do is threaten to walk off the job if the law goes into effect. Because I firmly believe leaving the industry is letting them win, and exactly what they want you to do. The more effective course of action is to show up, and make a definitive statement by saying, “We’re here, and there are a lot of us, and we’re not going anywhere. We’re going to document and make public the flaws within these laws and we’re going to be a rock in your boot until you listen to us.”

Supreme Court could decide June 8 whether to hear ELD lawsuit 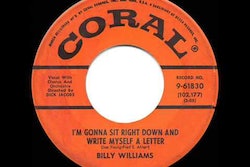