Elkhart, Ind.-based truck driver Dave Begley has been named a Highway Angel by the Truckload Carriers Association for helping a fellow trucker who had crashed into a wooded area.

On July 12, 2016, Begley, a driver for Bennett International Group of McDonough, Ga., was driving west on I-80 near Clarion, Pa., when he heard over the CB that a truck had been in an accident further up the highway with reports of a truck going into the woods.

When he arrived on the scene, he pulled over, grabbed his fire extinguisher and headed to the truck where three others were already trying to help the driver get out of his truck. The driver had to be cut out of his seatbelt and pulled out on the passenger side of the truck.

Those who stopped to help the driver got him up to the shoulder of the highway, and Begley helped with first aid supplies, cleaning the trucker’s cuts and scrapes.

When an ambulance arrived, Begley helped the driver into a neck brace, lifted him onto a board and into the ambulance. The driver was taken to a location where he could be airlifted to a Pittsburgh hospital approximately 60 miles away, where, unfortunately, he later died from internal injuries.

For his willingness to help, Begley was presented with a certificate, patches, lapel pin and truck decals. Bennett International Group also received a certificate acknowledging their driver as a Highway Angel. 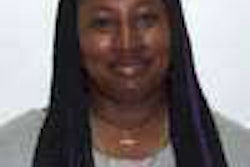