The meeting should have been open to the public, and a public notice with the meeting’s location and time information should have been published at least seven days prior to the meeting, according to federal law. No notice for the meeting was published, however, prompting the U.S. District Court in Columbia to rule the meeting in violation of open meetings laws. The court, however, did not strike down the decisions made by the Board at the meeting, which includes reducing carrier registration fees for 2018 and 2019 and bumped the beginning of the registration period for the 2018 calendar year to Nov. 1, 2017, from the usual Oct. 1 start date.

Instead, the court ruled that the UCR must simply disclose the “draft minutes, transcripts and recordings” of the Sept. 14 meeting and publish them online at ucr.in.gov. STBC was right in its claim that the board violated the federal Sunshine Act, but is “not entitled to the drastic relief they seek,” the court said.

The UCR board is holding another public meeting Oct. 26, and the court has told the board that at the meeting it must “inform the public that such materials are publicly available and where they may be found.” 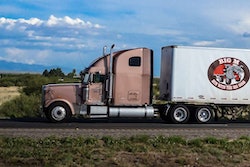 Unified Carrier Registration board meeting to be held Thursday