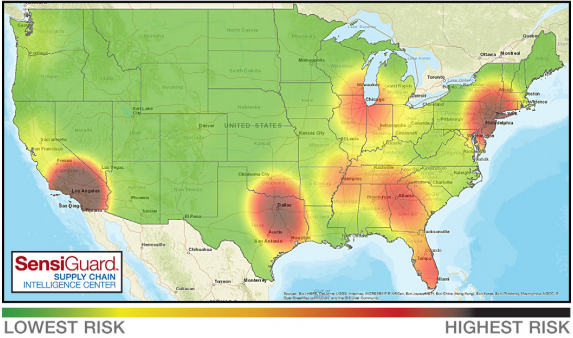 SensiGuard reports cargo thefts were down 15 percent in 2017 from 2016, but that doesn’t mean there isn’t still a high risk of theft in the country.

Cargo theft recording firm SensiGuard is reporting a 15 percent decrease in cargo theft volume in 2017 when compared to 2016, along with a nearly negligible increase in average loss value year-over-year.

SensiGuard notes that while 2017 continued a downward trend in reported cargo thefts, that trend “does not indicate a decline in cargo theft risk in the U.S.” The firm adds that instead, thieves are homing in on specific loads that can be easily stolen or target specific products. 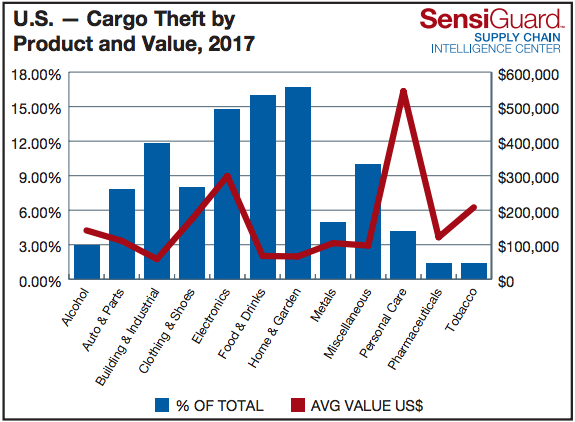 For the first time in eight years, food and drinks were not the most-stolen products in a year. Home and garden items topped the list in 2017.

In-transit thefts were most common in 2017, accounting for 78 percent of all recorded thefts during the year. Pilferage was the second-most common type of theft during the year, accounting for 15 percent of all thefts. Fictitious pickups saw a dramatic decrease in 2017, falling by 39 percent to account for just 3 percent of thefts. This decrease, SensiGuard says, was a result of the number of arrests, especially in Southern California, of cargo thieves.

Theft of full truckload incidents accounted for 78 percent of all thefts in 2017, followed by pilferage, accounting for 15 percent of thefts.

For the first time in eight years, food and drinks did not top the list of most-stolen items in 2017. Instead, home and garden products took the top spot, accounting for 17 percent of thefts during the year. Food and drinks made up 16 percent of the 2017 total, a 14 percent decrease from 2016. Other highly-targeted products included electronics (15 percent of thefts), and building and industrial (12 percent). 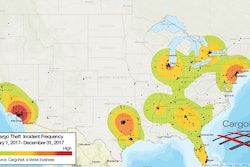