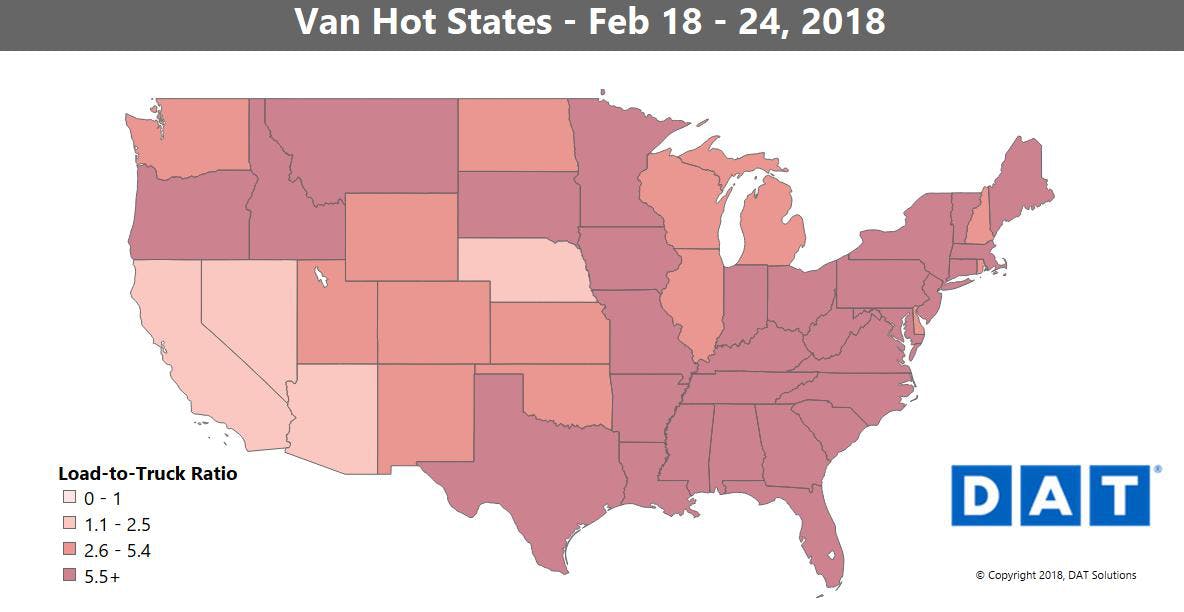 With April 1 and the beginning of stiff ELD mandate enforcement, if capacity tightens the way it did when the mandate’s enforcement began in December, prices could spike again as they did in January. And just as capacity gets tight, demand is expect to surge into Spring; March 31 is also the end of Q1, and shippers will be in a rush to move freight.

While spot market van rates have been in a slow decline for about seven weeks now, there are signs they could start to rebound soon. For one, most of the declines were slight last week, and pricing has been stable in many markets. Second, volumes were up last week. Third, the “phase-in” period for the ELD mandate ends on April 1, meaning that trucks could be placed out of service for non-compliance starting on that date.

Hot markets: Memphis is right in the middle of a dark red patch in the map above, indicating recently high load-to-truck ratios there — the ratio topped 10 loads per truck last Friday, well above the national average. The average rate on the lane from Memphis to Columbus, Ohio, shot up 20 cents to $2.52 per mile, likely spurred on by Easter-related retail shipments.

Not so hot: As stated earlier, most of the declines last week were slight, but the exceptions were loads from Seattle and Buffalo, N.Y. Those are relatively lower-volume markets, though. On a lane-by-lane basis, the rates that dropped the most still paid well, especially for this time year. For example, Chicago to Denver dropped 14 cents to $2.87 per mile.

The Memphis to Columbus lane rate average was up big last week. Prices are usually balanced on that lane pair, meaning that rates in each direction are typically pretty similar. But lately, rates have dropped in the Columbus to Memphis direction, due to higher demand out of Memphis. Last week the southbound run was down to $1.99 per mile, but you could improve on that by turning the roundtrip into a triangle round. This can also help you to make better use of your time and your truck if the roundtrip is going to take longer than two days. From Columbus, add another leg to the trip, heading to Bloomington, Ill. Van rates on that lane averaged $3.13 per mile last week, and the load-to-truck ratio in Bloomington is a bit more favorable than Columbus for truckers right now. Loads from Bloomington to Memphis paid $2.81, which would boost your average rate per loaded mile from $2.26 up to $2.77. The triangle adds about 213 miles, not counting deadhead, and if the route makes sense with your hours, it could add $1,200 in revenue. 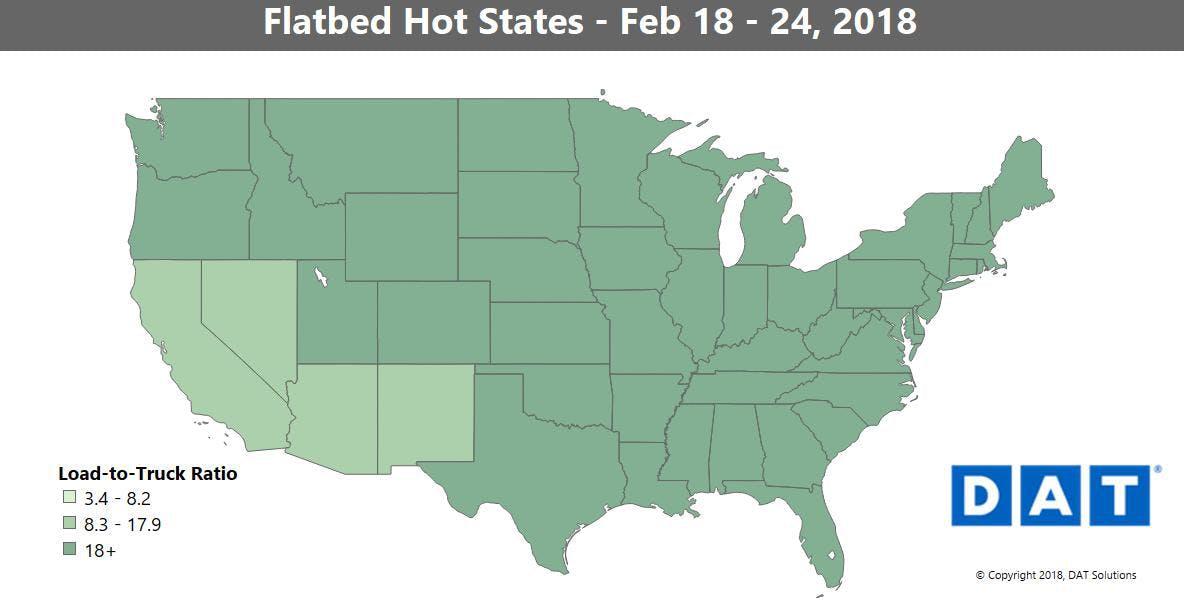 Flatbed has been trending the opposite direction this month — up. Load counts were better last week, and flatbed volumes are 20 percent higher than they were at this time last. Flatbed rates are also 22 percent higher compared to 2017. DAT analyst Mark Montague notes that “we see flatbed accelerating ahead of schedule. Generally, we have had a La Nina winter that has resulted in more precipitation in the northern tier of states and allowed states in the Southeast region to get a jump on spring.”

Hot flatbed markets: Mild weather in many areas contributed to growth in flatbed traffic last week. The biggest rate increases were out of Roanoke, Va., while prices also rose out of Baltimore, Birmingham, Ala., and each of the major flatbed markets in Texas. Even Los Angeles got in on the party, even though California rates have been trending down lately.

Not so hot: Prices in Rock Island, Ill., continued to dip last week after spiking earlier in the month. The outbound average is still $3.27 per mile, though, which is high for any time of year, let alone February. Phoenix is still the lowest-paying of the major flatbed markets, but volumes improved there last week. 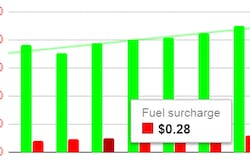 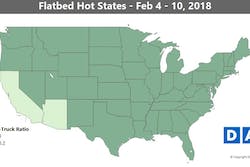 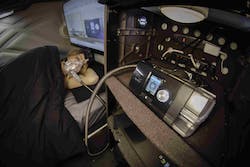 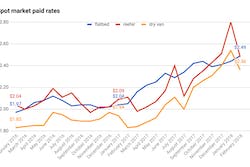 Rates ease slightly in February from record-high averages in January