A group of port truckers has filed a lawsuit against trucking conglomerate XPO Logistics claiming the carrier wrongfully deducted expenses from their paycheck by classifying them as independent contractors instead of company employees. The class-action lawsuit, filed Feb. 26 in Los Angeles Superior Court, accuses the company of denying drivers of earned wages and benefits such as workers’ comp due to their classification as contractors.

Lawyers for the drivers say XPO is a “repeat offender” relative to classification of its drivers. A federal court last June ordered XPO to pay nearly $1 million to five XPO Cartage truckers.

XPO in a statement said it “knows the vast majority of port drivers value their independence as contractors. We continue to believe in this industry model.”

The drivers allege that California law and court precedent is on their side. They seek repayment from XPO for owed wages, as well as statutory penalties and an injunction against XPO to forbid them from continuing the practice. The drivers also seek interest on their wages and attorneys fees.

XPO Cartage, a branch of XPO Logistics, requires drivers to sign independent contractor agreements, the lawsuit alleges, but XPO treats the drivers as company employees, such as requiring them to clock in at the start of their shifts and assigning them loads. They can be reprimanded for refusing loads, the lawsuit states. XPO also requires drivers to use tablets that have fleet management software installed.

“In reality, defendants control the means, manner and methods by which the drivers perform their work. Nevertheless, defendants have willfully misclassified drivers as independent contractors in order to minimize costs and unduly maximize profits at the expense of their primary workforce,” the plaintiffs allege in the suit.

The suit claims that the carrier deducts the costs of truck leases, insurance and more from the drivers’ paychecks, and the drivers work exclusively for XPO. The drivers also cannot negotiate their pay rates, the suit alleges, “as would be expected in a true independent contractor relationship,” the plaintiffs argue.

In recent years, drayage truckers, particularly those in Southern California, have gone on strike and picketed over their classification as contractors. A myriad of lawsuits have also been filed by drivers against their carriers. The city of Los Angeles also filed a lawsuit late last year seeking back pay for port truckers who are allegedly misclassified as contractors. 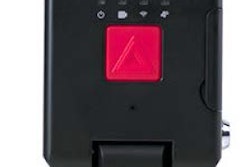