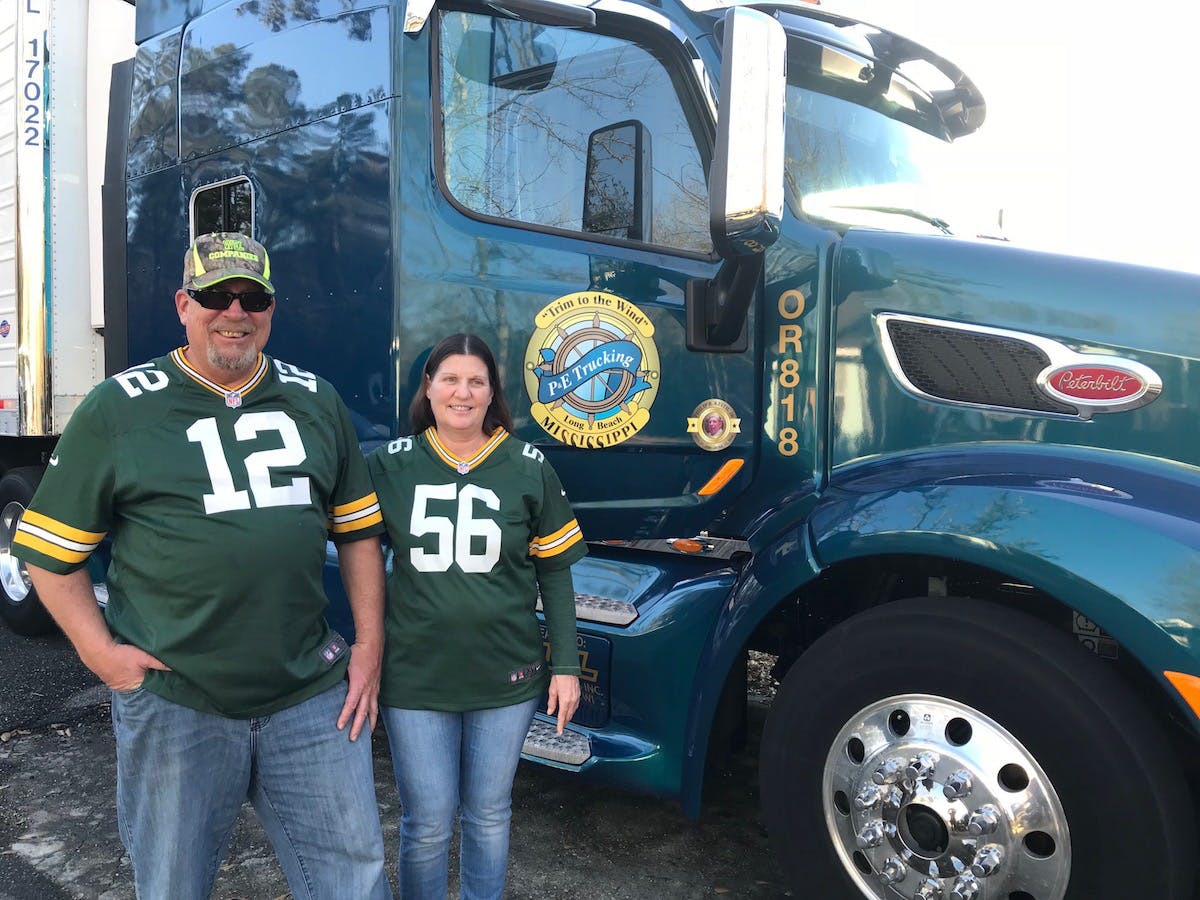 Philip and Eva Keith are owner-operators leased to WEL Companies out of De Pere, Wisconsin. The Keiths have been driving together for more than 20 years.

With the continuing expansion of online commerce, compounded by what fleets say is a critical driver shortage, team drivers are in big demand.

E-commerce sales are growing 20 to 25 percent each year, and with it, expectations of rapid delivery. Team drivers, with their ability to shave a day or so off a solo driver’s delivery time, offer an obvious way for fleets to try to keep up with that demand.

“The speed to market is so essential for some of these expedited customers,” says Angelo Gibson, associate vice president of operations for Werner Enterprises of Omaha, Nebraska. “People buy something, and the expectation is to get it in a day or two. We’re having to provide more teams that expedite getting that freight to the distribution centers.”

In addition to the growing demand from e-commerce, other factors make it hard for fleets to find any drivers, let alone teams: The economy is growing at a strong pace, e-logging is crimping productivity, and drivers aging out of the workforce are not being replaced by enough younger drivers.

Covenant Transport, a team-oriented fleet based in Chattanooga, Tennessee, has catered to expedited freight for 32 years. In the last five years, the company has added about 250 teams.

“E-commerce has been a fantastic thing for us,” says Rob Hatchett, the company’s vice president of recruiting. “We’ve seen growth with fresh produce as well, with more people focusing on eating healthier food. That’s team freight as well. Produce has to get from California to the East Coast in a timely manner.”

Many teams, especially owner-operators, have a partner in mind when they lease with a fleet, Hatchett says. If that’s not the case, some fleets, including Covenant and Werner, have programs that try to match drivers based on personality traits, whether they smoke or not, music preferences and more.

“We look at where they live, because if they live close together, it’s easier to get them home,” Gibson says. “We ask them a lot of questions to help put together a good match, but sometimes you can get all the questions right and find the perfect match on paper, and it doesn’t work.”

“We have a group that specializes in handling the majority of our teams, and they have pointers for conflict resolution and other things like that,” Gibson says.

If a matched team at Werner doesn’t get along, the incompatible drivers can go back through the process to find a new teammate. 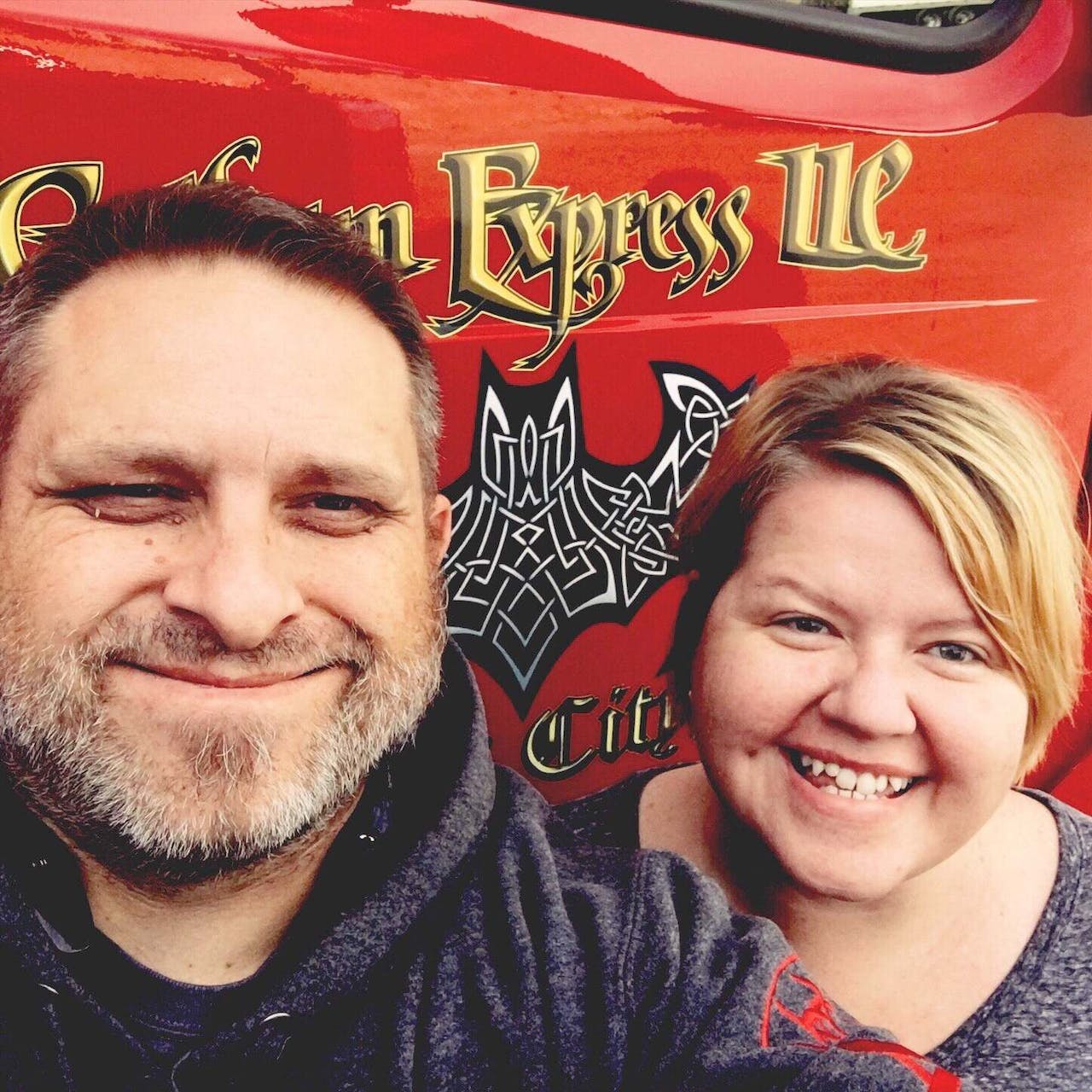 Chris and Chante Drew, leased to Barlow Truck Lines out of Faucett, Missouri, have been teaming together for three years. Both of them got their CDLs around the same time and started out driving together.

Because a truck can run twice as much with a team as it can with a solo driver, a team can bring home at least twice the revenue of what a solo driver can.

Another key benefit, effectively raising the earning potential of teams, can be minimal detention. Gibson says about 90 percent of Werner’s team freight is no-touch drop-and-hook freight, unlike the typical freight of solo drivers.

On average, owner-operator teams make about $1.09 per mile, Gibson says. “Some make more, depending on their lanes,” he says. “For independent contractors, the money goes to the truck. Their teammate is their employee, so they handle their own payroll.”

“The demands of the job warrant higher pay,” Hatchett says. “Being on the truck with another person, and with the truck running most of the day, that can be more challenging than running solo.”

Teams also can benefit when leased to fleets that pay a percentage of revenue. Owner-operators Chris and Chante Drew, leased to Barlow Truck Lines of Faucett, Missouri, get paid 73 percent.

Chante says they can deliver five to six loads a week compared to just two to three for a solo driver. The couple hauls mainly reefer freight and some dry goods on a triangle of Kansas City, Pennsylvania and the Northwest. Philip and Eva Keith, owner-operators leased to WEL Companies of De Pere, Wisconsin, grossed more than $267,000 in 2016 driving as a team. Hatchett says more than $300,000 (including fuel surcharge) is normal for Covenant’s owner-operator teams.

Some fleets also are offering sizeable team bonuses. In February, Covenant began a Teaming Bonus program that offers $40,000 spread over several installments. It pays teams $2,000 for every 60,000 paid miles they run together.

Part 2 in this series: How teams can find the right balance of driving hours and time apart. 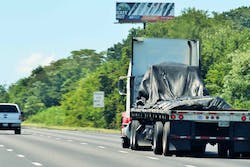 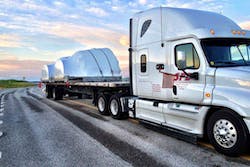 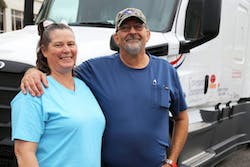 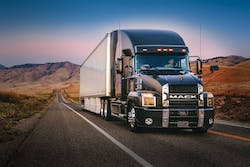