It’s been something of an owner-operator maxim in the era of emissions controls on diesel trucks: Hold on to those pre-2007 emissions-spec engines as long as you can to avoid maintenance headaches. There’s evidence that thinking has changed a bit as equipment performance has improved, but that’s not the only reason.

A growing economy is offering new freight and business-expansion opportunities for owner-ops looking to expand, and continued availability of credit is helping most buyers get financing.

When it comes to general maintenance, truck models since 2014 generally have been lower cost than their 2007-13 emissions-spec counterparts for a variety of reasons, says Todd Amen, president of owner-operator business services firm ATBS. After the 2006 engines, truck cost per mile for maintenance jumped from around 7 cents per mile to 12 cpm, Amen says. Post-2014 for new units, “we are back down to about 10 cents,” Amen says.

Improved engine performance itself also might be a primary factor in this change, says Pat Daily of Nacarato Volvo, which has five dealerships in three states. He also points to sensor and other component improvements in the emissions systems themselves.

Volvo engines’ relatively new “wave piston” technology helps “burn diesel more efficiently, so there’s less soot to capture after the fact. As the engines get better, you have fewer pollutants running through the aftertreatment system.” All of which creates fewer problems.

An owner-operator’s decision to purchase a truck, whether new or used, is influenced by much more than just improvement in emissions issues. Efficiency gains have driven better fuel mileage as well, with 8 mpg no longer an uncommon average in many applications.

There are some expectations that interest rates might creep upward, given moves at the Federal Reserve to raise interbank lending rates. Yet there remain plenty of financial institutions “pushing to lend on the commercial side,” Daily says.

Interest rates are low and have changed little of late for truck loans, says Lloyd Baldridge, Nacarato chief financial officer. Strong-credit borrowers with an established history in the trucking business might expect to do as well as 5 percent on a new-truck loan and two times that and more for a used purchase with a shorter term.

Where Baldridge has seen “real change” is in lenders expecting a little higher down payment to keep interest rates low. That might not be such a problem for operators who can weather the electronic logs change without their revenue being hurt. Industry forecasts have called for continued rises in freight rates and volume – the former of which has moved upward considerably since hitting a seasonal trough last summer.The decisions to buy, and whether to buy new or used, will hinge on business needs, availability of credit and capital for a down payment, and the operator’s risk tolerance.

In this series, find three examples of some recent buyers/truck shoppers, whether starting out, replacing or thinking about small fleet expansion: 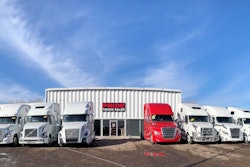 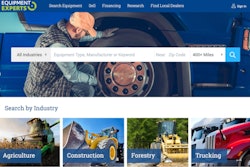 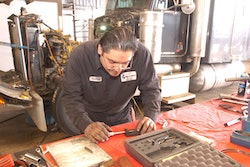 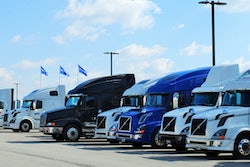 Open a can of realism before buying that first truck