Previously in this series: Buyers welcome: The truck purchasing landscape for owner-ops

Howard Logistics small fleet owner-operator William Howard of Crossville, Tennessee, visited Landmark International in nearby Cookeville recently as he contemplated purchasing some trucks. Given demand for his regular brokered hauls of chicken outbound from Crossville into North Carolina and general freight back, and favorable economic conditions, Howard says he could go from his current five trucks to 15 tomorrow and “wouldn’t be hurting for loads. My concern, of course, is finding and keeping drivers.”

He’s been weighing his options for buying used or new. “It’s really just kind of a time in trucking where you don’t know what you need to do,” he says. “We’re needing to grow, but there’s so many things you have to consider.”

Howard, 37, bought one truck in late 2016 and another two in early 2017, all brand-new International ProStars powered by the 15-Liter Cummins ISX option, financed with zero down through a local bank on a seven-year note. But given drivers are “hard to come by with all these rules they’re putting in,” the ELD mandate in particular, he’s leaning toward used purchases. Generally smaller payments on the note mean a used truck “doesn’t cost you as much if it sits” unused for a time.

With his prior trucks purchased new, he hasn’t experienced the high-dollar emissions-equipment failures so many have in years past. Purchasing used, however, could be a gamble in that regard, particularly if the truck was used in a vocational or urban application, or if the driver was a frequent idler, all of which stresses the emissions systems more than long-haul operation.

Those indeed are factors to consider in used-truck evaluation, suggests Nacarato Volvo’s Pat Daily. “Where we see customers running into issues is in either vocational applications … where you’re on the jobsite a lot,” he says, or consistently in and around “delivery locations in large cities” with multiple stops.

Howard owns a 2009 Volvo that he says hasn’t given him a single problem. “We changed out the [diesel particulate] filter at 850,000 miles,” he says, “which doesn’t qualify as a complaint” as he sees it. 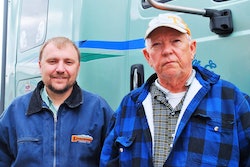 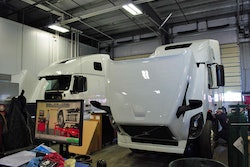