The Columbus, Ohio-headquartered Zipline Logistics freight brokerage has been in business about a decade, working mostly with food and beverage brands and suppliers of ingredients and materials as shipper customers. Zipline recently surveyed its carrier network, comprised of both small and comparatively large fleets, about the turn to electronic logging devices made of course dramatic by the Federal Motor Carrier Safety Administration’s ELD mandate.

Survey results, based on responses from more than 100 carriers, show something of a shift in thinking depending on the size of the carrier when it comes to the desirability of longer or shorter hauls. A principal difference in responses of fleets of 30 or fewer trucks and those with more than 30 trucks shows a mirror image centered on what have been called the “dangerous lanes” for solo drivers utilizing ELDs — those runs that are able to be completed by a solo driver reliably in a single day within the hours of service limitations.

In Zipline’s survey, it asked repondents to indicate certain lengths of haul as either more or less desirable since the turn to ELDs for hours of service tracking. Smaller fleets, where Zipline believes solo drivers are something of a norm in its carrier base, in large part indicated runs of shorter length were now more desirable to maximize productivity.

Larger fleets, conversely, showed the opposite pattern, which Zipline attributes to a variety of factors in its analysis of its particular carrier base. “For both sets” of survey respondents, “the length of haul desirability flips at the 451-700-mile mark” in the graphs of carrier responses, Zipline says. “It is in that range that for many smaller fleets (mostly comprised of solo drivers), a load goes from a one-day point to a two-day point. The extra day of transit poses a high opportunity cost for these carriers, opportunity costs that carriers with larger driver pools can avoid by keeping these lanes to a one-day transit,” whether through team operations or relay systems.

Owner-operator Dean Carnahan, speaking at the Mid-America Trucking Show in March, says he’s finally seen the value of team operation go where he predicted it would way back when the 14-hour rule came into play in the hours of service. “Being a team right now is the golden ticket,” he says. “I could see this” was where things were going “back in 2004 when they redid the hours of service.” Back then, “I was going to be team or daycab.”

He didn’t get there until much later, however, and when in recent years he trained and went out on the road with his daughter, this past year he began to really see teams’ value, hitting $10,000-$16,000 in weekly revenue to the truck hauling in a 2007 Volvo 780 leased to a small Chicago-based fleet that specializes somewhat in expedited freight. Just before he shut down for some winter time off, however, he also lost his codriver, who’s expecting a child and had to go off the road.

At MATS, Carnahan was hopeful to find a codriver as “it’s an open checkbook for teams” in the business of trucking today, he believes, given the ability to provide near-straight-through service on most any load.

Regarding rates on longer and shorter-hauls both, however, Carnahan believes what we’re seeing today “is not the new normal. Trucking is the barometer of the economy, and the economy is pretty good but it’s not that good. Give it another year or two at the most.”

Once carriers on the smaller side of fleets are able to adjust, either bringing on more of those golden-ticket teams, setting up relays for longer runs or otherwise specializing in short hauls — “it’s harder to find a team than it is to set up a relay,” he believes — Carnahan sees competition among carriers bringing rates back down.

Improved rates, as has been remarked upon by no shortage of industry watchers and participants both, are probably a lone bright spot in what’s been an otherwise difficult transition for many. Zipline’s survey reflected the reality, too: While large majorities saw rates on the uptick, 84 percent of all respondents at once noted company personnel (including driver) morale was significantly down. Among that group, 71 percent noted productivity was down, 87 percent said it’s now much more difficult to make deliveries on time and 84 percent said the dispatch process has gotten more cumbersome, more difficult generally.

Overdrive recently reported on team hauling in this feature from the March issue. Zipline Logistics’ full survey, the company says, will be available at the company’s website later this week. 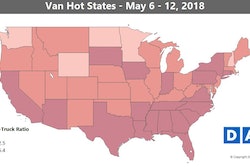 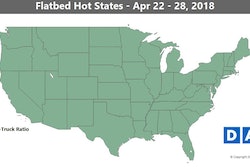