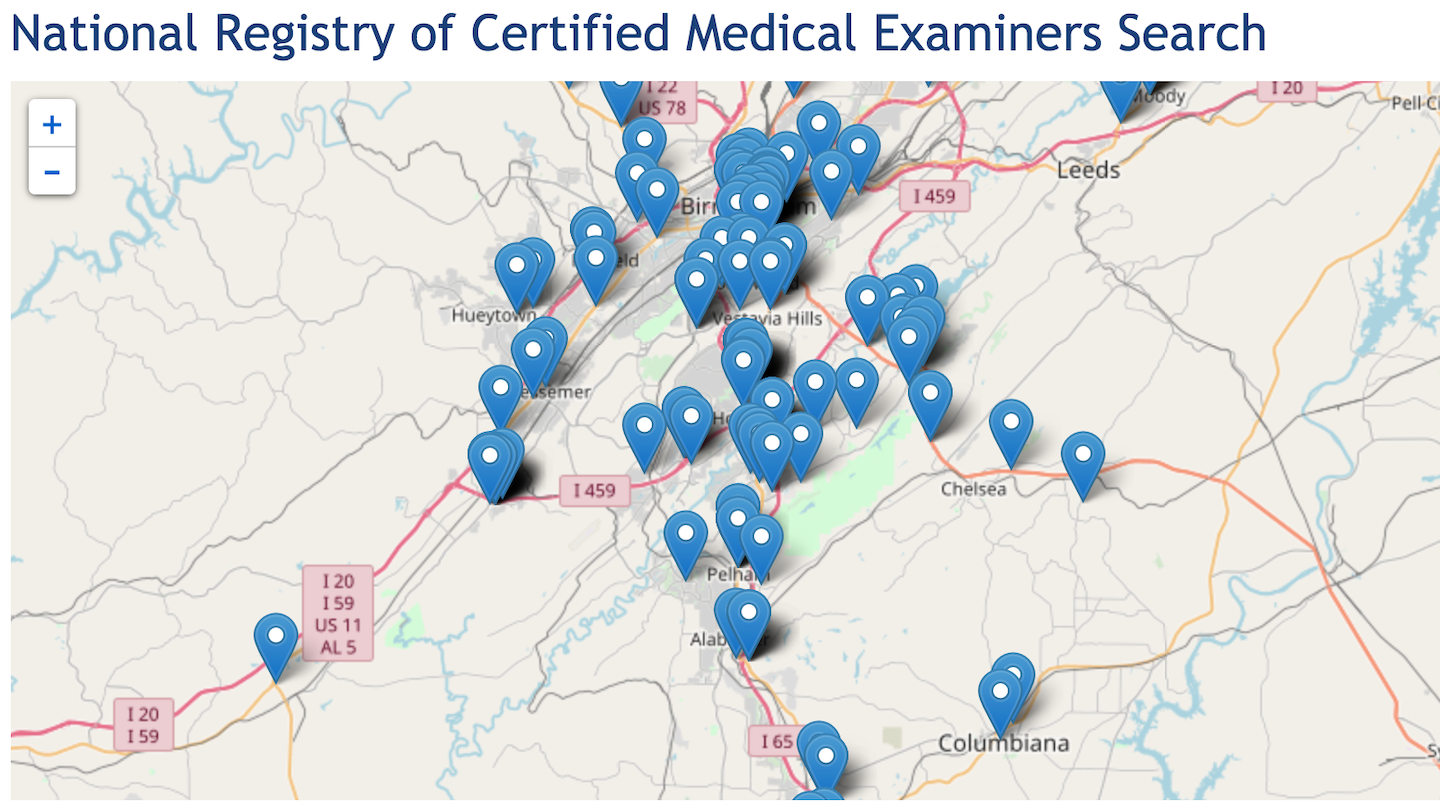 drivers can search via an examiner’s registry number, by name of examiner and business and via zip code at this link.

Greater search functionality has returned to the Federal Motor Carrier Safety Administration’s National Registry of Certified Medical Examiners (NRCME), the list of DOT-approved examiners from which drivers must receive their bi-annual DOT physicals. The return of the more extensive search options comes amid the agency’s work to restore the NRCME website after it was taken offline by FMCSA in December after an unidentified source tried to plant malicious software (malware) in the system.

For nearly three months, drivers were unable to use the system to search for a certified medical examiner, though in March the agency added a limited search tool that allowed drivers to search for examiners via zip code. Now, drivers can search via an examiner’s registry number, by name of examiner and business and via zip code.

The agency has also restored functionality to allow medical examiners to upload the results of DOT physicals to the agency. During the system’s outage, examiners had backlogged thousands of exams that needed to be uploaded, according to examiners interview by Overdrive in January.

Search functionality has not returned in full, but the agency is “diligently working to return full functionality to the National Registry website,” says FMCSA spokesperson Duane DeBruyne. “While progress is steadily being made, it’s not possible to speculate at this time when that complete functionality will be restored,” he said.

The agency pulled the system offline in December after the attempted malware attack. FMCSA told Overdrive in May that it took the system down to beef up its security to prevent such attacks from occurring again. The agency has said the attack was unsuccessful and that no information on drivers or examiners was compromised.

The ongoing technical issues prompted FMCSA last week to delay the enactment of a system meant to combine drivers CDLs and medical certificates by three years — to June 2021.