Two killed after truck crashes off of Chesapeake Bay Bridge-Tunnel 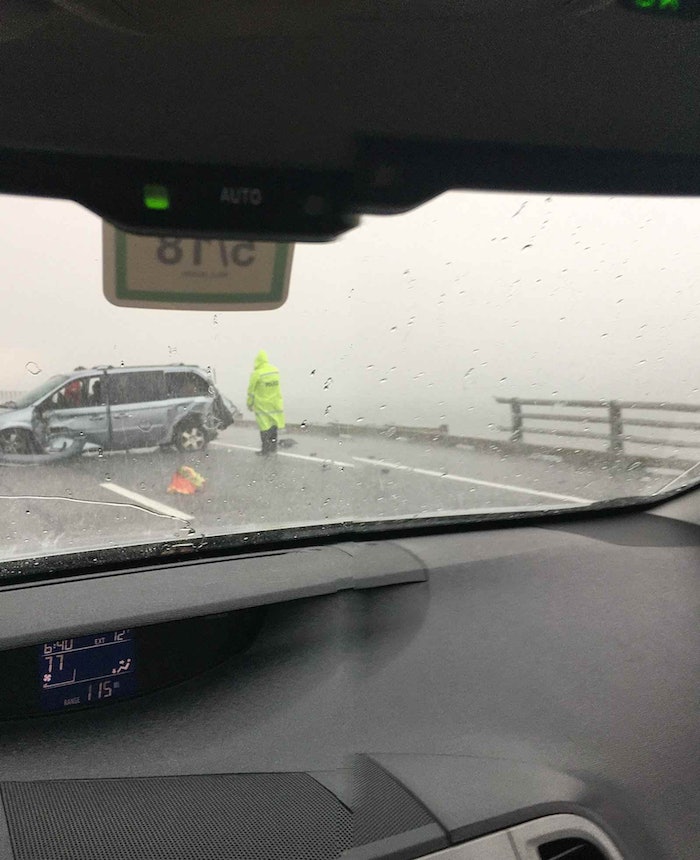 A Friday evening crash on the Chesapeake Bay Bridge-Tunnel ended with a tractor-trailer going over the guardrail and into the bay, according to a report from Norfolk, Va.-based WTKR.

Officials, who say there were two people in the truck, located the rig in the bay early Saturday morning and recovered the passenger’s body from the truck. The driver’s body was found Sunday afternoon approximately eight miles from the site of the crash, a separate WTKR report states.

The crash occurred around 6:30 p.m. Friday at mile marker 12 on the southbound side of the bridge-tunnel. The truck collided with a van, which had four passengers. All four were reportedly treated and released at the scene.

According to WTKR’s report, the bridge had a posted speed limit of 35 miles per hour at the time of the crash due to heavy rains.

A viewer photo shows the damage on the Chesapeake Bay Bridge-Tunnel after a crash that reportedly sent a vehicle into the water below.