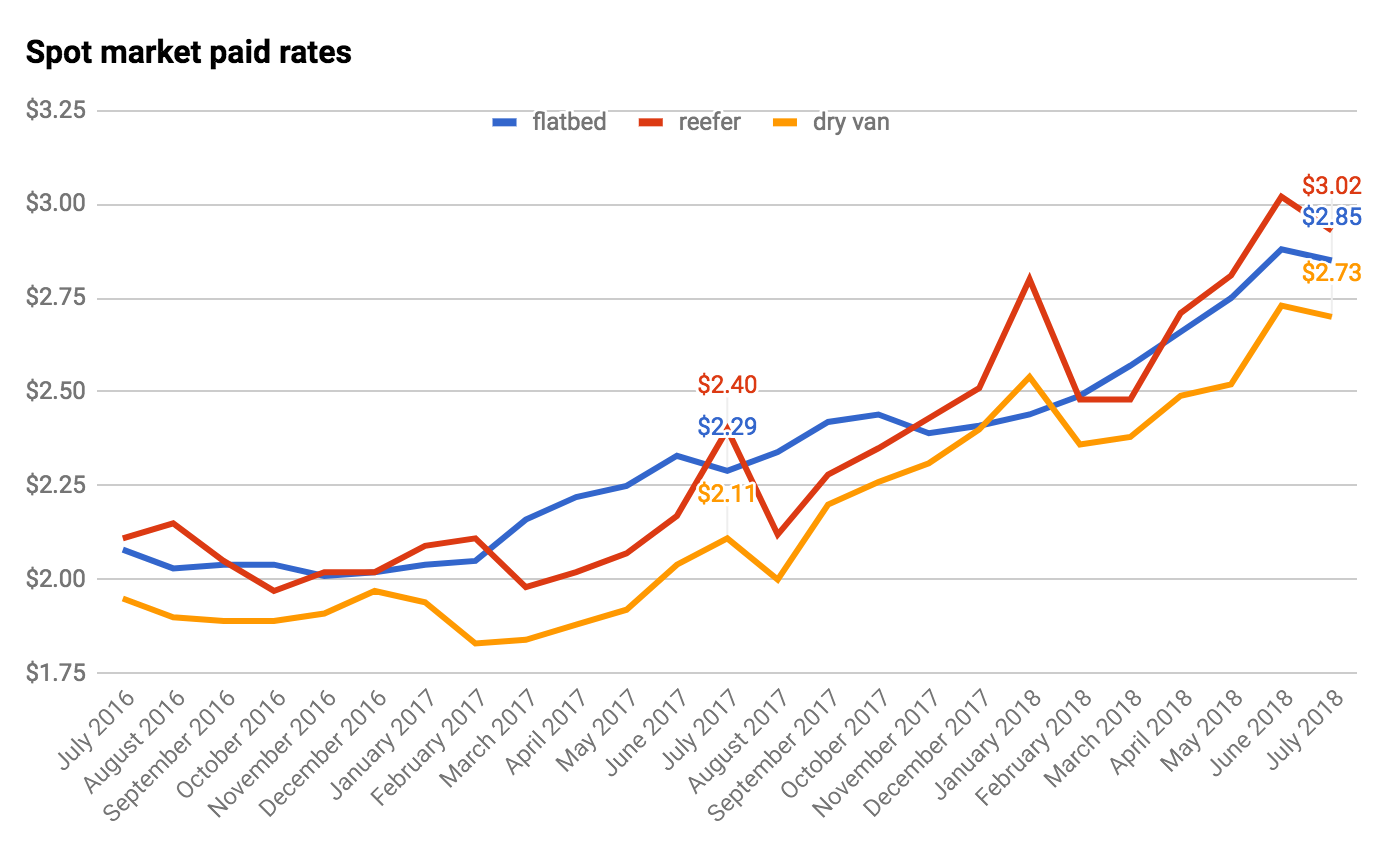 Per mile rates data from Truckstop.com.

Spot market rates eased slightly in July from their record highs in June, according to monthly rates data from Truckstop.com, but rates in all three major segments are still trending well above their per-mile averages year over year.

Reefer again posted the highest per-mile average, $2.93. That’s a 9-cent drop from the month prior, but a 62-cent gain from July 2017. It’s the segment’s first monthly dip since January to February.

Flatbed rates in July fell 3 cents a mile on average, to $2.85. It was the segment’s first month-to-month decline since November. July’s per-mile flatbed average was 56 cents higher than the same month last year. 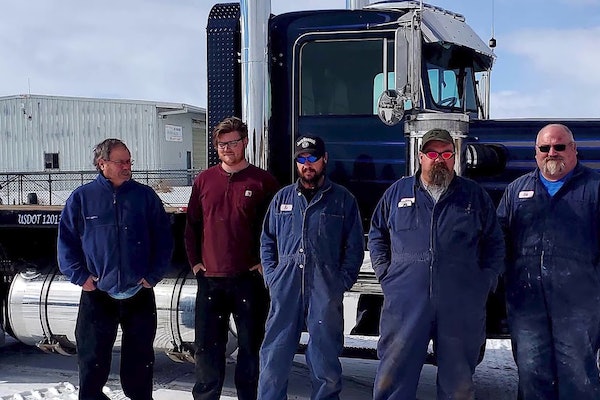