You could win $25,000 by entering Driver of the Year contest at GATS 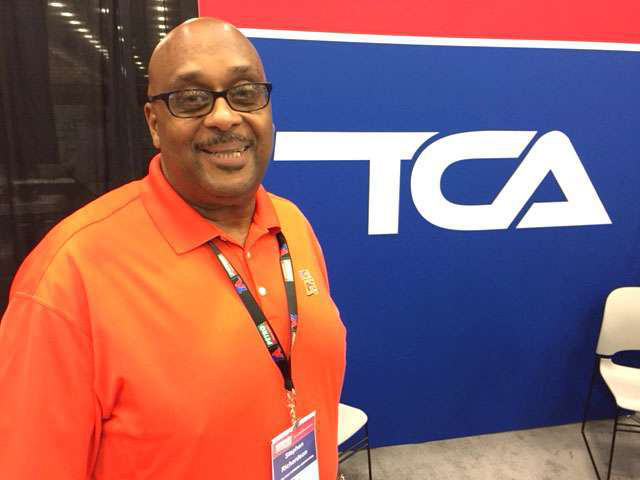 Stephen Richardson of Tennessee-based Big G Express was named Company Driver of the Year in March. He is at TCA’s booth at the Great American Trucking Show to talk with potential candidates for this year’s contest, which opens this fall.

The Truckload Carriers Association is offering applications for its Driver of the Year Contests at the Great American Trucking Show in Dallas.

The nation’s safest drivers, who’ve also improved the image of trucking and served their communities, will be recognized in March with the awards. One owner-operator winner and a company driver winner will each receive $25,000. Each of four runners-up will be awarded $2,500.

The contests are sponsored by Love’s and Cummins. They are organized by TCA, Overdrive and Truckers News. Entry details can be found at Truckload.org/DOY.