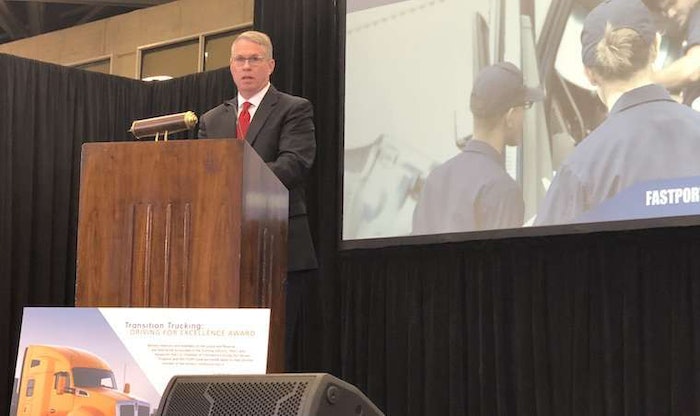 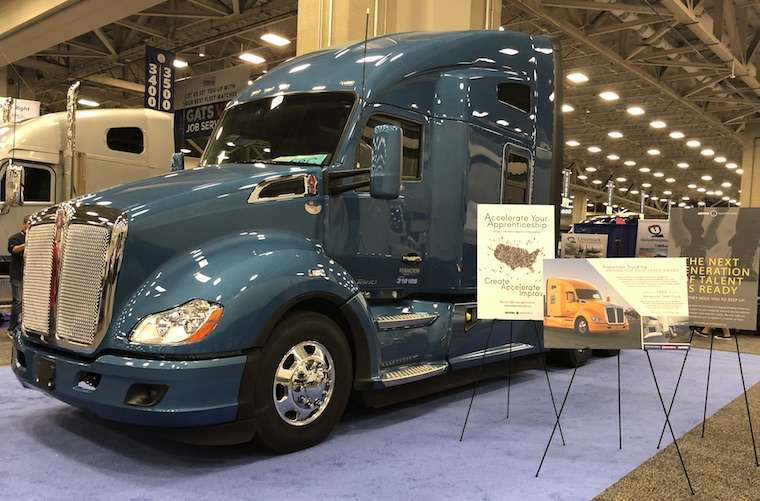 The Transition Trucking award winner will receive a Kenworth T-680 almost identical to the one on display at Fastport’s GATS booth.

Four military veterans were named finalists for the 2018 Transition Trucking: Driving For Excellence award during a ceremony at the Great American Trucking Show Aug. 24 in Dallas. Veterans Mordaunt “Platt” Brabner, Summar Hanks, Quinton Ward and Christopher Young were announced as finalists, making it the first time in the award’s history that there have been four top finalists instead of three due to a tie.

The award is a partnership between Fastport, the U.S. Chamber of Commerce Foundation’s Hiring Our Heroes initiative, and Kenworth. The award recognizes rookie truck drivers who are U.S. military veterans.

The winner will be announced Dec. 14 at the U.S. Chamber of Commerce in the Hall of Flags. They will receive a fully-loaded 2018 Kenworth T-680 valued at $155,000. The winner will be decided via public voting. Public voting will run Oct. 1 – Nov. 1 on the Transition Trucking website.