Van and reefer shipments into storm-impacted areas were heavy leading up to last Friday, when Florence made landfall, consistent with re-stocking store shelves in the storm zone, as well as pre-positioning emergency freight just outside the expected path of the storm.

This week, load-to-truck ratios have been below 1:1 (less than one load post for every truck post) in key Southeastern markets including Roanoke, Va.; Greensboro, Raleigh, and Wilmington, N.C.; and Columbia S.C. 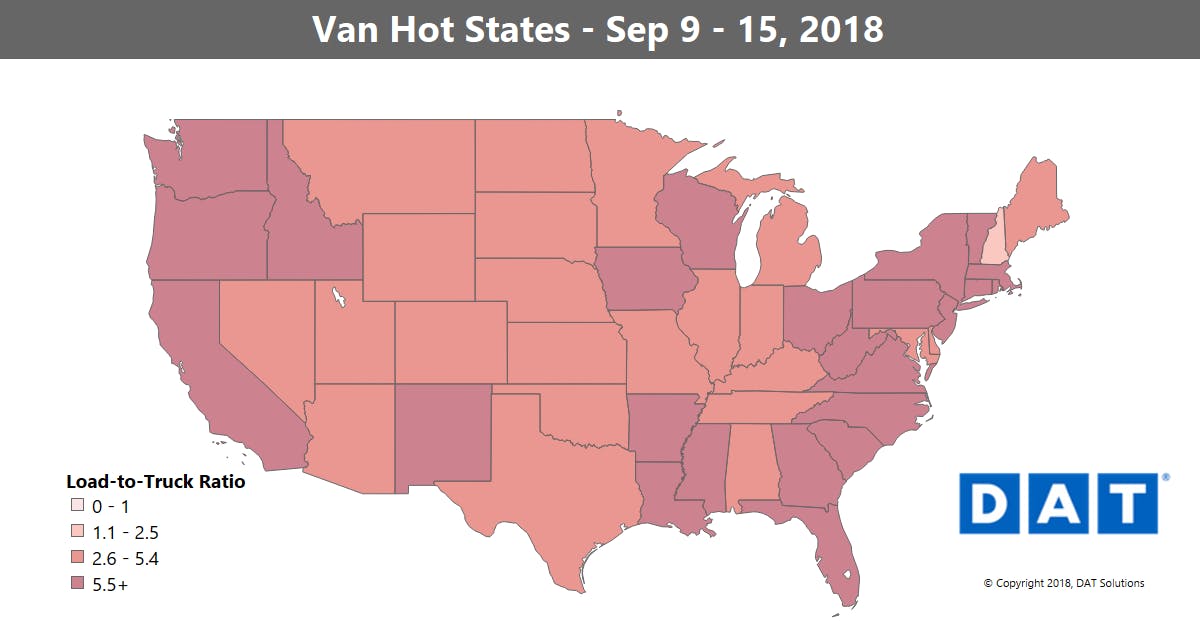 Hot van markets: There were spikes in van rates heading into the Carolinas and Virginia prior to the hurricane’s arrival: 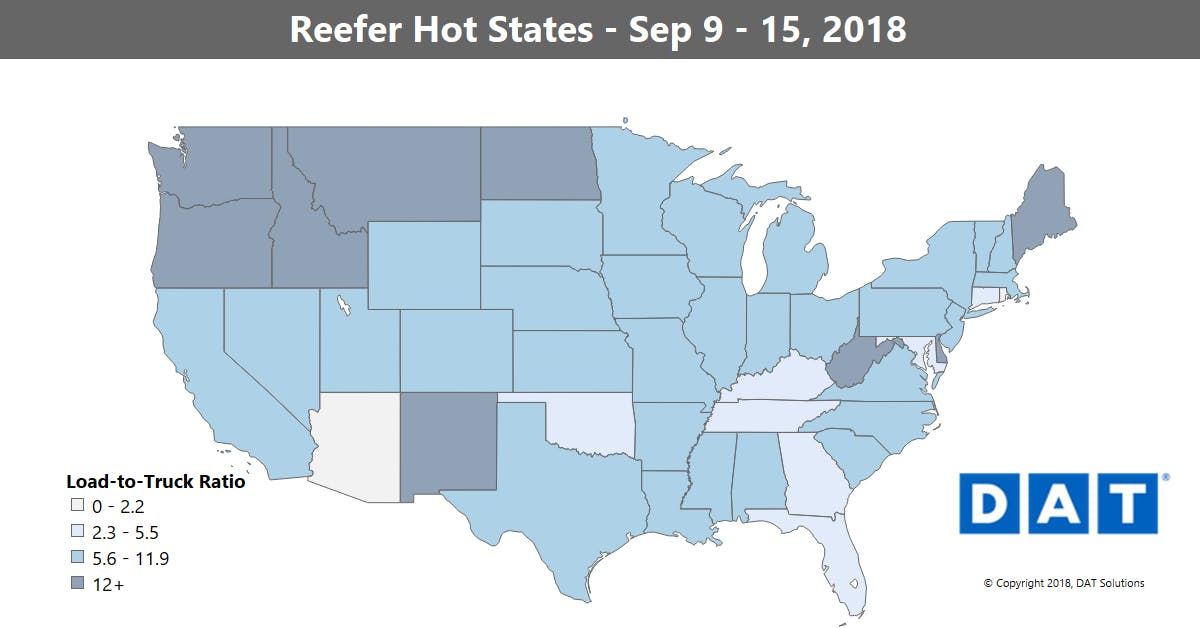 Reefer load posts gained 7 percent and truck posts rose 14 percent compared to the previous week, which included the Labor Day holiday. 20-25 percent might have been more in line with expectations.

The reefer load-to-truck ratio slipped from 8.3 to 7.7 loads per truck. The national average reefer rate, which gained 8 cents the previous week, fell 3 cents to $2.54/mile.

Hot reefer markets: Average outbound rates from Atlanta (up 6 cents to $2.81/mile) and Los Angeles (up 5 cents to $3.20/mile) bucked an overall trend toward softer rates. The Upper Midwest has been volatile — Grand Rapids, Mich., to Cleveland lost 35 cents at $3.58/mile, while Green Bay, Wisc., to Wilmington, Ill., climbed 36 cents to $4.20/mile on strong volumes. 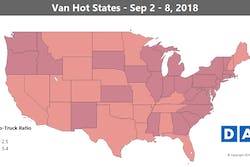 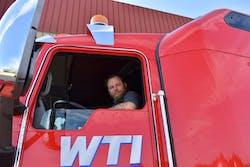 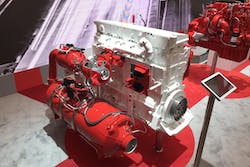