Ongoing pay increases would follow a year of multiple wage jumps that Klemp projects will culminate with driver pay increasing 11 to 11.5 percent overall by the end of this year, making 2018 the strongest year for pay increases on record.

“We’re going to see payment movement which we wouldn’t normally see after this strong of a period,” Klemp says. That’s because for-hire driver pay still lags what private fleet drivers earned in 2008 and is 2.46 percent behind the 10-year inflation rate, he says. “The thing we’re going to have to confront as an industry is we have a driver supply that’s inelastic,” Klemp says. Raising pay is necessary, but it will take years, not months, “until we get to a wage number that starts to draw people in who wouldn’t have considered driving in the past,” he says.

Though top drivers will earn between $70,000 and $80,000 this year, “the average overall is not there” to attract new drivers into the industry, Klemp says.

According to a recent NTI survey of 519 private and for-hire fleets spanning all types of operations, only 6 percent said pay increases were bringing in new driver candidates. A whopping 85 percent said pay increases hadn’t attracted new drivers and 9 percent didn’t know. In fact, one of NTI’s TopPayCarriers (meaning they already had an elite pay and benefits package) increased driver pay twice in 2018, totaling 18.5 percent, and they reported seated truck count down nearly 3 percent coming out of the third quarter, Klemp says.

Beyond pay, there are many factors working against trucking when it comes to attracting new talent, Klemp says. Pay is not only low compared to other blue-collar jobs, it’s also variable and affected by factors – weather, congestion, breakdowns – outside a driver’s control. And the hours are long: The average full-time worker works 42.8 hours per week, according to the Bureau of Labor Statistics, compared to more than 65 hours per week for drivers. That, along with lack of respect, inadequate home time and poor equipment leads to low job satisfaction among drivers. Competition from other industries also hurts trucking, Klemp says, citing job openings in even small towns offering comparable or higher wages than trucking without the long hours and nomadic lifestyle.

Into 2019, Klemp predicts an average pay increase of just over seven percent nationally, depending on GDP, with pay continuing to regionalize. Other trends he sees in the coming year: 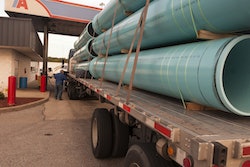