In May, 200-plus-truck flatbed fleet Smokey Point Distributing announced a base salary compensation structure for its over-the-road company drivers. The fleet, part of the larger Daseke Inc. group, started the program June 1, paying solo OTR drivers with flatbed hauling experience an annual salary of $65,000 and each qualified and experienced member of a driving team $75,000.

The move was among the most recent in an accelerating turn toward minimum guarantees for drivers. North Charleston, South Carolina-based Bulldog Hiway Express, also part of the Daseke group, last November guaranteed flatbed haulers a minimum $1,000 a week in its Salary Plus program. Monroeville, Alabama-based Hornady Transportation followed suit with a similar plan. Around the same time, Sioux City, Iowa-based K&B Transportation committed to drivers 2,500 paid miles per week, or a $1,125 per week minimum.

The trend responds to a chief challenge in OTR trucking — how to fairly compensate drivers subject to unpredictable income due to piece-pay structures such as per-mile and percentage of revenue. Lacking any minimum-pay backstop, most OTR drivers can suffer serious pay shortfalls due to detention, weather and other factors beyond their control.

The largest share of Overdrive’s naturally entrepreneurial owner-operator readers continue to prefer percentage pay for the opportunity it affords to use load-choice latitude to maximize profitability on the fewest miles. But for company drivers, fleets large and small are pitching guaranteed pay, recognizing that “stability needs to be added to the pay package,” says compensation analyst Mark Murrell.

For owner-operators, truckload carriers “haven’t figured that one out yet,” but Murrell speculates that “in theory they could pay [owner-operators] a monthly retainer” of sorts that might function as a minimum. The idea also was floated in recent history by a party among the new crop of technology-enabled brokerages as a time-based contract for dedicated hauling service from independents.

With more company-driver minimums in place, however, owner-operators looking for a parachute of employee-based stability when the next downturn comes might not have far to look.

Murrell is cofounder of CarriersEdge, which administers the Truckload Carriers Association’s annual “Best Fleets to Drive For” recognition program. Of the top 20 in last year’s program, eight carriers had a minimum guarantee in their pay programs.

Looking further into the top 20 and including fleets with part-time/temporary or dedicated-type guarantees that aren’t available to all haulers, only four of the top 20 “don’t have any kind of guarantee,” Murrell adds, “and two of them are all-owner-operator fleets.” The finalists are companies with the kind of workplace environment in which “drivers will raise their hands” to nominate the fleet, Murrell says, which is not “a representative sample of the industry.”

Likewise, the 40 percent of those top fleets with guaranteed pay is far from the industry at large, based on Overdrive’s compensation survey. It shows that 17 percent of company and leased drivers reported hauling for a company with a guarantee system in place. Most of the packages were structured with a weekly guarantee that amounts to less than $60,000 annually.

Next in the series, digging into a variety of company programs: Guaranteed pay: The promise for company drivers, small fleets 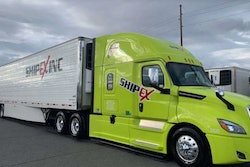 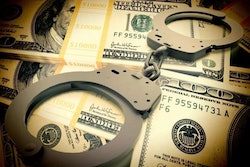 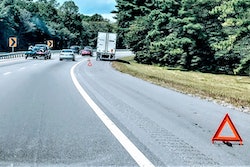 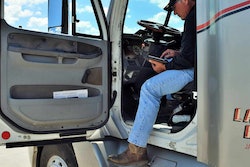