Cargo Chief head Abtin Hamidi wants to “change the way freight [movement] is bought and sold,” he says, to “fundamentally change how people think about it.”

His company, a technology-enabled brokerage/3PL of a piece in certain respects with those discussed in Overdrive‘s 2014 feature on the so-called “Uberization of trucking,” has plans to embark on a capacity compensation model that pays small fleets and independents directly for their time rather than per-load, the model on which most brokered loads are based today.

“We’re close to doing this,” he says. The company will leverage extensive streams of data and automated and other analysis it’s put in place to help streamline the back-end work necessary to make it a functional model satisfying the profit needs of carriers and the pricing needs of its shippers. “Once we have all the data in place, and once we’re confident it’s going to work,” he adds, the company will look to pay the carrier in advance for time, not for capacity on a single load or series of loads.

Cargo Chief might, as a hypothetical example, promise an independent owner-operator $10,000 or another sum for the “next two weeks or ten weeks,” Hamidi says, and promise as terms of the contract to get him/her back home a certain amount over that time.

For an operator, Hamidi says, “he doesn’t care anymore about how much he’s paid [for any given load]. What’s he’s going to be sure about – it’s completely changing the mind set about how he’s going to get there … from a driver logging miles to more of a customer service agent” than he already is.

If such an agreement is fulfilled with no problems, the owner-operator or small fleet can then ink another contract. The goal, overall, is to provide a way for transporters to “make more money,” Hamidi says, with greater security as well.

Cargo Chief was launched after a year and more of testing about a year and a half ago, Hamidi says, its architecture built in a language that allows for easy integration into a lot of the existing software systems carriers are using today for a variety of purposes. Hamidi believes technology will increasingly enable smaller carriers, including independent owner-operators, to better “compete for the best-paying loads and get the most money possible out of” any transaction.

For too long, he says, 1-10-truck carriers have been overlooked by a lot of the software service providers to the trucking business. Such carriers may have local direct shipper customers for freight but have issues with return trips. They’ve been “getting hammered on pricing when they reach out to brokers,” he says.

He hopes to deliver better rates now and over the long run, in addition to services such as transportation management software carriers can use, track and trace capability for giving shippers a window into delivery times and managing dispatch, and a proof-of-delivery system that enables quick payment (within three days) without factoring or quick-pay fees.

“Our entire business model is chasing down small to medium-sized businesses on both ends” of the carrier-shipper transaction, he says.

Today, though most of the broker’s freight volume is coming from small- to mid-size shippers, Hamidi says, “we’re very effectively handling a lot of volume from Fortune 100 companies,” in some cases representing a “new world for small-to-medium carriers.”

What separates Cargo Chief from other similar brokerages, Hamidi believes, is data mining expertise, the company’s ability to “help solve problems by mining big data from both [carrier] customers and the shippers.”

It also analyzes data from other sources, such as “data from Uber, weather, using big data to help map the environment to predict capacity and predict pricing.” 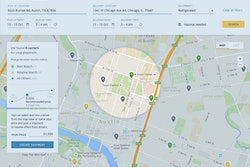 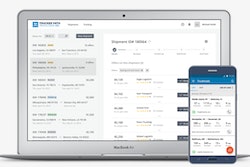 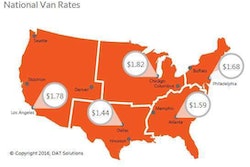 February on the spot market: The good, the bad and the ugly