February on the spot market: The good, the bad and the ugly

“We’d like nothing more than for March to come in like a lion, and go out like a pack of lions,” noted Ken Harper attendant to this week’s spot market update from the DAT network of load boards. “But we have to get through February first, apparently.”

Traditionally, as also noted last week in the reefer-market update, this is the slowest (and lowest) month on the spot market for freight, and this month’s been no exception, DAT says. 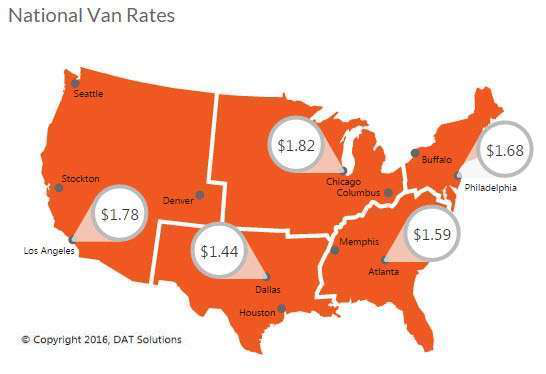 The national average van rate slipped to $1.58 per mile last week, including fuel, which has been falling about a cent a mile for several weeks now. New seasonal demand in March typically leads to a bump in prices. At the risk of stating the obvious, for many carriers March can’t get here soon enough.

First, the good:
Most of the high-traffic van lanes saw relatively small declines, with a few notable exceptions.

You can make decent money out of Charlotte, judging by rising outbound rate averages there. But once you deliver in Buffalo, however, you’ll want to find a load that pays better than the $1.40-per-mile Buffalo-Charlotte average (seen last week via DAT RateView and the TruckersEdge Enhanced lane-rate analysis). Get a load from Buffalo to pretty much any major freight market in Virginia. One example is Norfolk, as shown in the chart above, where the load-to-truck ratio has been a solid 2.2 loads per truck over the last week. Not bad for February. A load from Norfolk back to Charlotte could boost your average revenue rate on the return to $1.62/mile on an additional 235 loaded miles and an extra $550 on the three-day roundtrip. 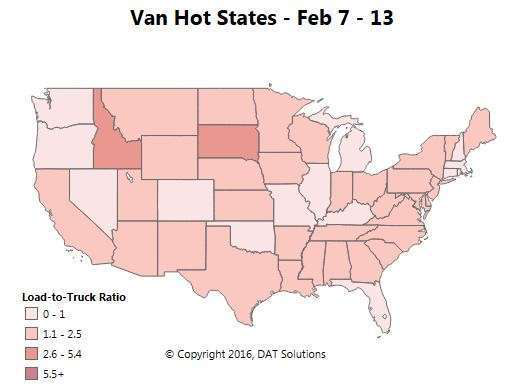 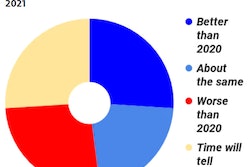