Have you fallen victim to an online relationship scam, romantic or otherwise? If so, we’d like to hear your story, which can be told anonymously, to help other truckers identify grifters and help prevent them from being defrauded. If you have a story to share, email jamesj@overdriveonline.com.

The woeful tale of Georgia-based truck driver tricked into wiring more than $25,000 to someone he’d met on Facebook made rounds this month after the driver provided an interview to the Athens (Georgia) Banner-Herald.

The driver, who was not named in the article but filed a police report in Jackson County, Georgia, fell victim to a scam known as catfishing, where a scammer initiates a fake online romantic relationship, often with the intent of bilking money.

In this case, the driver thought he’d met a woman named Evelyn, who promised to meet him at the Atlanta airport after she returned home from military service in Yemen. The two connected on Facebook and then exchanged texts and photos via Google Hangouts.

If that sounds like a crock, well, it was. Evelyn never showed. The trucker was left broke — and broken-hearted — at the Atlanta airport, where customs personnel informed him he’d likely fallen victim to a scam. You can read the full story at the Athens Banner-Herald. The driver declined to be interviewed by Overdrive after being contacted by phone.

To a third-party observer, it may seem obvious that he was being duped. But romance scammers, who use channels like Facebook to woo and then swindle, are skilled in their craft, says Robert Siciliano, CEO of safr.me and an expert in personal security and identity theft.

What’s more, scammers target those in professions, like trucking, that are hard on personal relationships and are inherently isolating. Scammers prey on their loneliness and their desire for companionship. In these situations, loneliness often trumps common sense, Siciliano says.

“It’s a very practiced and successful process and once the technique is successful with a certain demographic, it’s easily scaled,” Siciliano says.

Romance scams are akin to other sales processes, with the sole intent to convince someone to part with their money. Scammers “know exactly what to say, what works and how to tug at the heartstrings of a lonely person,” he says.

The scammers work in groups, he says, usually in Asia, Africa or Eastern Europe. They are run through call centers, and the workers usually get a percentage of the loot.

But these scams can often be recognized, he says, by their patterns, most of them obvious.

“If they ask for money for any reason, it’s a huge red flag,” Siciliano says, advising to cut and run at such requests.

Scammers often push relationships quickly, mentioning love and marriage within just two or three communications. After seven to nine contacts, “they express ‘longing’ for the victim and use endearments like ‘my darling’ and ‘my love,’” he says.

Requests for money come soon after victims reciprocate these feelings, but these requests may not be obvious to a vulnerable victim, says Siciliano.

The scammer may say how impressed they are with the victim’s “independence” and ask them to pay their share of airfare for the first romantic meeting. Then there will be some sort of trouble — they can’t get to the bank or their identity was stolen. They’ll ask the victim to send the whole airfare with the understanding they will be paid back.

Another common pattern is the stranded soldier grift that the Georgia- truck driver fell for. The U.S. Army has even issued warnings about the con via its Criminal Investigation Command:

“Saying they are on a Peace Keeping Mission, looking for an honest woman, parents deceased, wife deceased, child being cared for by nanny or other guardian, profess their love almost immediately, refer to you as “my love,” “my darling” or any other affectionate term almost immediately, telling you they cannot wait to be with you, telling you they cannot talk on the phone or via webcam due to security reasons, or telling you they are sending you something (money, jewelry) through a diplomat. Finally, they claim to be a U.S. Army Soldier; however, their English and grammar do not match that of someone born and raised in the United States.”

The Army notes facts that contradict some of the ploys common to the soldier catfishing scheme: soldiers are not charged money to go on leave or return home; no one has to request leave on behalf of a soldier; soldiers don’t need permission to marry; they don’t pay for early retirement; they have health insurance, so they don’t need money for medical bills. Read the full list at this link.

Most importantly, the Army warns, do not send money to anyone claiming online to be a soldier.

“Once you wire any money, you are at risk for depleting your entire savings,” Siciliano warns, “because there will be continuous requests for more.”

Anyone can have a moment of weakness, be vulnerable or let their guard down, says Siciliano.

For those who are lonely and isolated, like many truckers, the endorphin rush of contact from a pro who knows how to make a person feel good, smart, fun, understood or happy can override common sense, even as red flags mount. After the scam is finished, victims often feel shame and regret.

Do you have a story to share? Email jamesj@overdriveonline.com. 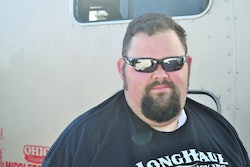 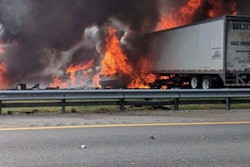 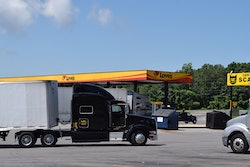 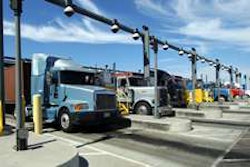