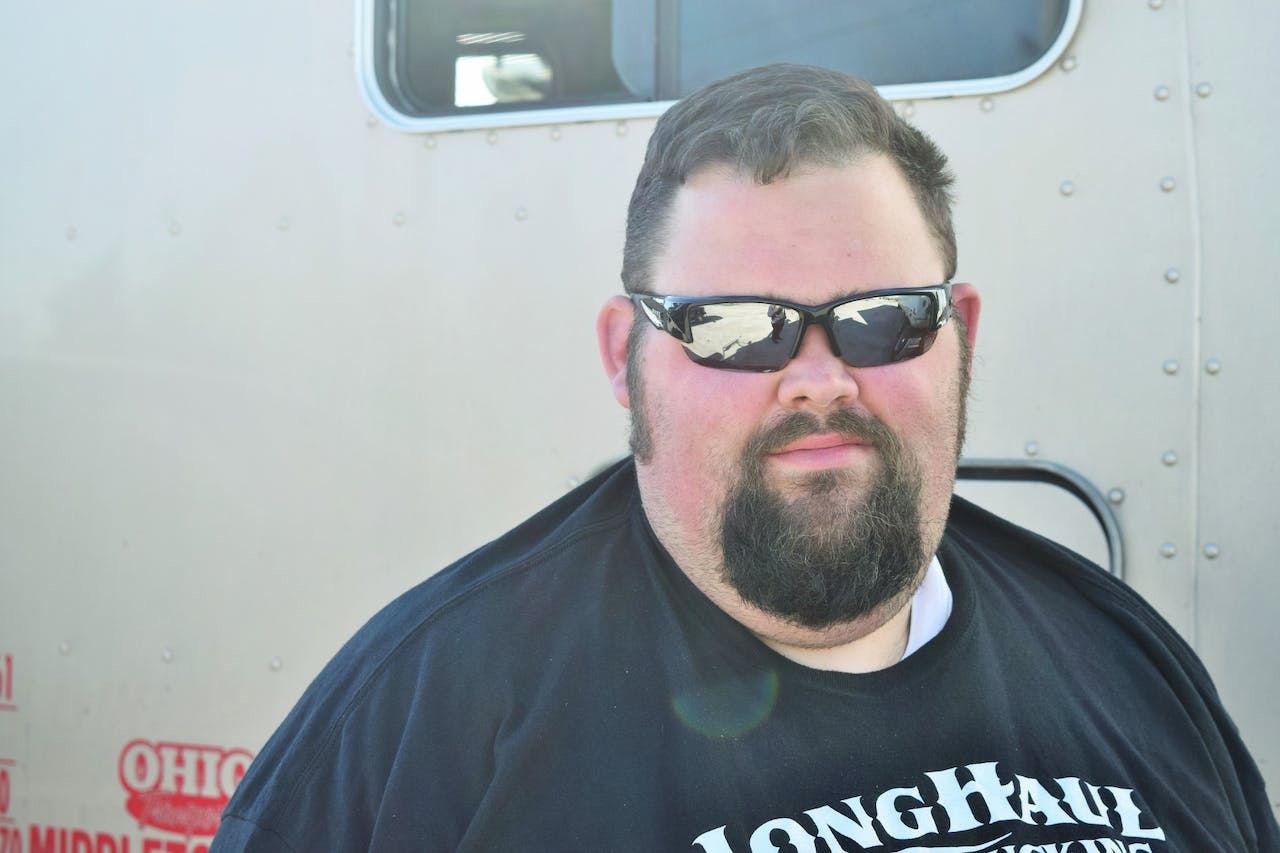 Scott Reed, an owner-operator at the time, already was knee-deep in trouble when he learned that he was a victim of identity theft.

When Scott Reed was an owner-operator, he once was pulled over by a sheriff’s deputy. After running Reed’s license, the officer told him there were eight warrants out for his arrest.

That news was “quite a shock” for Reed, who now works as an independent dispatcher and radio show host. “I told the officer that I can’t even think of eight things I’ve done to get warrants.”

That wasn’t the only discrepancy. The warrants were issued for a man described as 5-feet-10, 130 pounds, with blue eyes and light brown hair. Reed is 6-feet-2, about 400 pounds, with brown eyes and black hair.

Four years later, Reed continues to recover from the identity theft. From all he’s learned about his situation, he thinks his stolen personal data was passed to more than one person. Those eight warrants were issued in at least six different states. Thieves used his identity to buy two new cars and cash checks for upwards of $6,000, among other things.

“A lot of things happened in a very short period of time,” Reed says. Unfortunately, it’s taking a very long time to straighten out the mess. While his credit rating is recovering slowly, a credit card company still claims he owes $8,000. 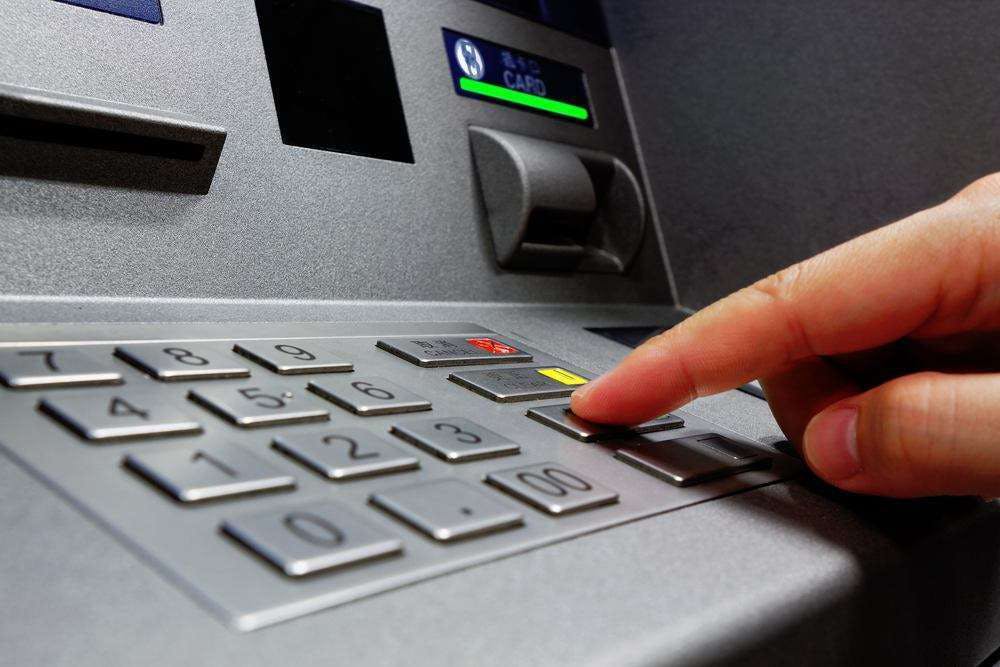 In addition to guarding against bystanders watching you enter numbers at an auto-teller, avoid using the ATM if the keyboard or card slot feels or appears abnormal. It could be an indication of a skimming device that collects your personal information.

“Talking to my banker, she’s telling me it’s going to take a couple years to get back to where I was,” says Reed, who’s not sure how his information was stolen.

As Reed’s case shows, truckers are vulnerable not only to financial loss and a trashed credit rating from identity theft but also legal complications that can threaten their livelihood. They’re also at more risk of having personal data compromised than most people because of their constant traveling and other factors, says Doug Morris, director of safety and security operations for the Owner-Operator Independent Drivers Association and a 26-year veteran of law enforcement with the Maryland State Police.

There are dozens of ways people can have their identities compromised, but here are some key areas where truckers are particularly vulnerable, explained by Morris and other sources.

DRIVER’S LICENSE. One routine practice that puts drivers at risk is having to show their driver’s license to shippers and receivers, who in some cases even copy it. Morris suggests drivers keep track of where they have shared their license information. If a shipper or receiver makes a copy, keep a record of the name of the employee who copied it, the date and the company name. Drivers also should try to watch how their license is handled since it could be scanned quickly with a smartphone app.

Once someone has your driver’s information, they have all they need to Google you and collect more information. If you’re an independent owner-operator with a U.S. Department of Transportation number on your truck, that’s another open door for a shipper or receiver employee to gain more information.

PUMPS AND ATMS. Skimming devices, installed at fuel pumps and automatic tellers, can be used to collect credit and debit card information. If you notice the keyboard or the card slot appears to be loose or otherwise ill-fitting, or if it’s difficult to scan your card’s stripe, it’s likely a skimming device. At least one app, Skimmer Scanner for Android devices, can detect skimmers. One other precaution is to avoid fuel pumps that can’t be seen easily by truck stop personnel. Also, avoid ATMs in low-traffic locations.

At a pump or ATM, cover any numbers you enter on a keyboard. Even if thieves aren’t standing close by to watch, they can use small hidden cameras to collect that information.

Reed says he doesn’t use a credit or debit card much, but when he does, he’s extra-vigilant about protecting card information by palming the card to cover its numbers. If he were still a driver, he says, he would try to use cash as much as possible or pay with a Comchek.

MAIL. Drivers who don’t return home nightly should recruit someone to pick up their mail daily or rent a post office box. To be extra-cautious about theft of outgoing mail with personal data, deposit it in U.S. Postal Service collection boxes instead of your home mailbox. Likewise, shred papers with sensitive information before leaving them for garbage pickup, especially if the garbage is at curbside overnight.

WI-FI NETWORK. Be wary of using public wi-fi at truck stops and elsewhere to check bank accounts and other personal data. A crook on the same wi-fi network could collect that sensitive information.

CARGO THEFT. Identity theft also can be used for cargo theft that could derail an owner-operator’s career. Suppose a thief with commercial driving skills collects enough information on another driver to create a fake I.D. and pose as that driver.

“At that point, they’ll go out and take a couple loads, or they’ll get paid for a load and not deliver it,” Morris says. “All of a sudden, the victim is basically done for, because their whole business has been compromised.”

Since identity theft is often part of cargo theft scams and other areas of fraud, some fleets highlight driver identity protection in their anti-fraud efforts. Schneider National’s “Security on Your Side” program cautions its drivers regarding data breaches, mobile device safety, social media scams and voice phishing (“vishing”), among other things.

A vishing scam is when a phone caller, posing as a representative of a reputable company, tries to manipulate you into revealing your personal information. Schneider says it encourages drivers to scrutinize any such request, such as asking whether they can get a second method of identification to confirm the caller’s identity. A driver uncertain about the request should end the call immediately.

“We’re quick to remind drivers to monitor their credit to ensure no one is making fraudulent charges to their accounts or are attempting to open new lines of credit, such as a bank loan,” Schneider says. “We also encourage drivers to be wary of emails, social media posts and phone calls that appear to come from financial institutions asking for verification of personal information.”

Schneider also warns its drivers about safety in their routine online activities. Apps can collect a driver’s location, photos and contacts. What they do with that data once they have it is often unclear. Apps that allow in-app purchases can open up a driver to an unknown third party, Schneider says.

“Our takeaway for online safety is for drivers to review their online profiles, limit access to sensitive information, and say no to additional requests that want access to personal information,” the fleet says.

To catch potential identity theft early, routinely monitor your accounts and credit reports. Once you see evidence of data being compromised, such as unfamiliar charges on your financial accounts, immediately contact your bank and other financial service providers. Each institution can suspend your account under its existing number, issue a new number and offer further guidance.

The Federal Trade Commission operates IdentityTheft.gov, a federal site with tips on how to protect your identity. You can report information about your identity theft on the site, and it will use that information to provide you with a free personalized recovery plan. The site will help you execute each recovery step and can pre-fill forms and letters for you. The agency also operates the FTC Identity Theft Hotline, 877-438-4338, which processes identity theft reports.

Private identity theft resolution services also can help individuals repair their credit and take other steps to minimize the damage of identity theft. The Owner-Operator Independent Drivers Association offers two such plans to its members.

The first, at $24 a year, provides identity management services such as helping members establish fraud alerts and assigning them a fraud specialist to help them restore their identity if it’s compromised. The second, at $36 a year, offers identity management services and single credit bureau monitoring, which monitors for changes in your credit report through one of the bureaus.

Credit repair services can be costly. The company contacted by then owner-operator Scott Reed to help him resolve his identity theft problems wanted over $8,000, with possible additional costs for private investigations.

For a similar price, about $10,000, Reed was tempted to file for bankruptcy just so he could be done with it all, but he decided against it. “I’m not going to take responsibility for somebody else’s debt that’s not mine,” he says.

He ditched the identity theft resolution service and contacted the attorney general’s office in his home state of Ohio. After filing some paperwork, Reed was able to do a lot of the heavy lifting himself for free. He also contacted sheriff’s departments in states with warrants under his name, resolving most of that over the phone.

Contacting only one of the three major credit bureaus is enough to place a free fraud alert on your credit records. The alert can make it more difficult for thieves to open accounts or make charges under your name.

When there is a fraud alert on your report, a business must verify your identity before it can issue any credit. This may make the process of opening a new loan or credit account more involved for you, but it also will make it more difficult for potential thieves to do the same under your name.

If you fear you’re at risk of identity theft because you’ve had a wallet lost or stolen, you can place an initial fraud alert with one of the credit bureaus. It stays on your credit report for 90 days and can be renewed. 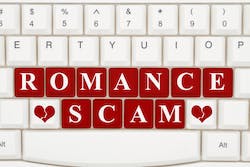 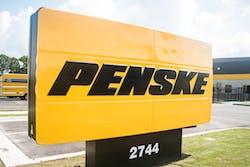 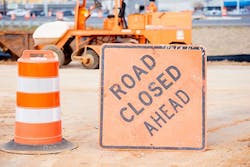 I-10 Westbound in Phoenix set to close this weekend 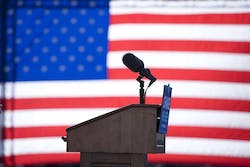