Previously in this series: ‘Employee’ owner-operators? Not many trucking today have experienced such an arrangement

Five-truck fleet AB Trucking owner Bill Aboudi had 11 employees at the time he was visited by a high-level executive with the International Brotherhood of Teamsters. It was around 2007, he recalls, as union efforts to organize drayage drivers at California’s Port of Oakland began to ramp up.

“We’d like you to sign this one-page contract,” the executive told him. It said Aboudi’s company would become a union fleet when 90 percent of the port truckers agreed to do the same, as Aboudi recalls.

“I said, ‘I can’t sign this. You’re using me as bait for other truckers,’ ” says Aboudi, an early 1980s Palestinian-American immigrant. The fleet owner, well respected in what is something of a tight-knit community serving the Oakland port, believed the union “wanted to use me as a poster child … My father started as an owner-operator, started his own trucking company. That’s the American way.”

In the years around the 2008 recession, the Teamsters had attempted to marshal community groups in Oakland as well as port truckers into a “Coalition for Clean & Safe Ports” grassroots effort with an overt environmental and safety message, Aboudi recalls. Less obvious, perhaps, was his take on the real goal of that effort, which fell short of its aims.

“I wanted to join,” but discussions revealed that the “end result is union” for all port truckers, much like what was attempted in Los Angeles and Long Beach at the time. The Southern California ports attempted to bar the use of independent contractors there and got the local community on board, later running afoul of the Federal Aviation Administration Authorization Act, also interpreted by some to trump California’s meal and break regulations.

Aboudi told the union, “I disagree with your assessment that all these guys” – the majority of truckers serving the Oakland ports were owner-operator independent contractors at the time, he estimates – “actually want to be employees.”

Teamster reps referred to Overdrive didn’t respond in time for this story.

In addition to five employees, Aboudi now has a few owner-operators leased and others he can contract with as needed. But at the time, he commonly offered informal, free, unpaid training to prospective truckers.

After the meeting with the union representative and clashes during the nascent coalition’s meetings, Aboudi’s training efforts came back to bite him when he found himself the target of a lawsuit. Two lead plaintiffs from among his former drivers, represented by Weinberg Roger & Rosenfeld (UnionCounsel.net), brought a suit that alleged the unpaid trainees were misclassified and the drivers had been denied California-required meal and rest breaks. The court eventually certified a class of about 75 drivers employed by AB over time. All were contacted by the court, with a third of that number responding, and 10 opting out of the class, Aboudi says.

His company wasn’t the only target. “A lot of the bigger companies, they just cash out,” he says. The “first one rolled over and paid out $500,000 to get it to go away. … I know a guy in Fresno that paid out $1 million over two years in installments just to end it.”

After appealing the case as high as he could, Aboudi and AB Trucking were found liable. AB Trucking’s website shows a $1.3 million judgment that includes slightly more than $370,000 in attorney’s fees.

Had his case gone up the court ladder to the federal appeals court, Aboudi speculates he might have won. At once, his case could well have been the one to set the precedent that employee drivers domiciled in California needed to account with their employers, and be compensated, for a 10-minute rest period every four hours and on-duty meal periods.

Ultimately it was Dilts v. Penske Logistics that set the precedent. Now carriers not doing administrative due diligence around employee driver breaks open themselves up to lawsuits, which have been relatively easy pickings for savvy attorneys over the nearly five years since the Dilts decision. Aboudi says the Federal Motor Carrier Safety Administration’s recent declaration of pre-emption of those rules doesn’t help him, but could help others in the future if it survives legal challenges.

Aboudi mortgaged everything he’s got to stay in business in light of his legal expenses. He’s no longer doing any training and he’s completing more paperwork related to meal and rest breaks.

“We have to force our guys to log in when they take their breaks,” he says, and they’ve “got to have a piece of paper to sign” that they took them. “It’s a waste of time and energy.”

Find all of the pieces of this series, also featured in the February print issue of Overdrive, via this link. Next in the series: 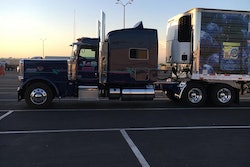 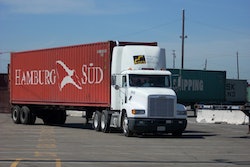 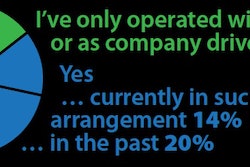