With economic growth accelerating through the first roughly two-thirds of 2018, larger carriers turned to small fleets and owner-operators to help handle the influx of freight demand, according to notes within earnings reports from large, publicly traded trucking companies.

Likewise, Werner Enterprises, USA Truck, P.A.M. Transportation, Marten Transportation and J.B. Hunt all reported tens of millions of dollars more in purchased transportation expenditures in 2018 than the year prior.

None of the carriers explain the increase in purchased transportation in their earnings reports, but the unexpected surge in freight demand in late 2017 and well into 2018 caused fleets’ capacity to max out, leading them to lean more heavily in 2018 on smaller carriers and owner-operators to help handle their shippers’ freight.

A report from LaneAxis in early 2016 made the case that carriers offload more than 40 percent of their contracted freight to smaller carriers, based on figures on carriers’ revenue from freight and their spending on purchased transportation. 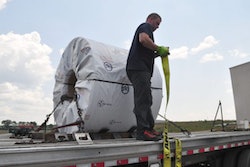 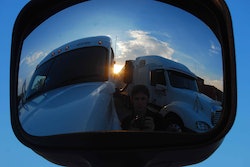