More than 2,000 truckers cited for driving on restricted Pennsylvania roads this year

More than 2,000 truck drivers have been cited since the beginning of the year in Pennsylvania for violating commercial vehicle restrictions for winter weather, according to Pennsylvania State Police.

PSP says it has implemented truck restrictions for three winter storms this year – Harper on Jan. 19-20, Maya on Feb. 12 and Scott on March 3 – and has issued 2,065 citations and 295 warnings to drivers for violating the restrictions. During those three restriction periods, PSP troopers worked 31 truck crashes on restricted roads, nine of which involved injuries.

A citation for failing to observe travel restrictions during a state of emergency carriers a $300 fine, plus court costs. If each of the drivers written citations is required to pay the fine, Pennsylvania will collect $619,500 in fines. 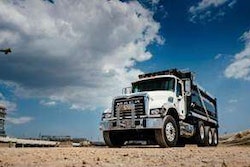