The field of finalists for the 2019 Transition Trucking: Driving for Excellence Award has been narrowed down from 10 drivers to four.

Military veterans Christopher Bacon, Wade Bumgarner, Joseph Campbell and Steve Harris were announced as finalists during a presentation at the Great American Trucking Show at the Kay Bailey Convention Center in Dallas on Friday, Aug. 23.

The winner will be named Dec. 6 during a ceremony at the U.S. Chamber of Commerce in the Hall of Flags. The winner will receive a fully-loaded Kenworth T680, the runner-up will receive $10,000, and the other two finalists will each receive $5,000. The truck has a 455-horsepower Paccar MX-13 and a 76-inch high-roof sleeper with driver studio.

The award is a partnership between Fastport, the U.S. Chamber of Commerce Foundation’s Hiring Our Heroes initiative, and Kenworth. The award recognizes rookie truck drivers who are U.S. military veterans.

The winner will be decided via public voting Oct. 1 through Nov. 1 on the Transition Trucking site. The four finalists are:

Christopher Bacon, TMC Transportation: Bacon is a Marine Corps veteran who served two combat tours, one in Afghanistan and one in Iraq, as an anti-tank missileman. He was honorably discharged in 2010 and worked as an automotive technician and service advisor before following in his grandfather and great grandfather’s footsteps by becoming a truck driver.

Wade Bumgarner, Veriha: Bumgarner joined the Navy in 1976 and has actively been involved in helping transitioning veterans for many years. He volunteers his time, resources and expertise to help veterans with job search skills, resume writing and job search strategies. He helped design an internship program for veterans at The Manitowoc Company.

Joseph Campbell, Roehl Transport: Campbell served in the Marine Corps for 24 years before joining Roehl’s flatbed division. He completed his first year as a truck driver accident-free, completed the first year of a two-year apprenticeship program, is training to become a certified trainer, and is a member of the Driver Advisory Group.

Steve Harris, Stevens Transport: Harris joined the Marine Corps in 2002 and was deployed to Iraq, Syria and Afghanistan. He received the Combat Action Ribbon. Harris worked as a corrections officer for a year in Georgia but wanted more freedom in his job, so he pursued a trucking career. 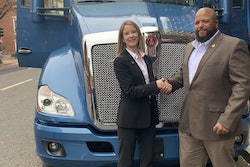 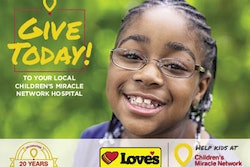