Roehl Transport driver and military veteran Joseph Campbell is the winner of this year’s Transition Trucking: Driving For Excellence award, which comes with a prize of a fully-loaded Kenworth T680 that features a 455-horsepower Paccar MX-13 with a Paccar 12-speed automated transmission and a 76-inch sleeper.

The Transition Trucking award recognizes rookie truck drivers who are also military veterans. It is presented by the U.S. Chamber of Commerce Foundation’s Hiring Our Heroes program, Kenworth and FASTPORT. Campbell was announced as the winner during a ceremony held in Washington, D.C. at the U.S. Chamber of Commerce’s Hall of Flags, Friday, Dec. 6.

Campbell, of Elgin, South Carolina, spent 24 years in the U.S. Marines and U.S. Army. When he retired, he still wanted to be a part of something bigger than himself, and trucking fit that bill.

“Coming from the military I was looking for something that would be bigger than me,” he said. “Yeah, I could have gotten an office job. I could’ve sat behind a desk. But I wanted something bigger, and I felt like trucking gave me the opportunity to do something that keeps me in that same feeling I had in the military where I was part of a bigger mission.”

Kevin Nixon, president of Roehl Transport’s flatbed and specialized division, said he nominated Campbell for the Transition Trucking award because of his flawless service and consistent availability for the fleet’s customers.

“Joe shared with us that when he first enlisted, he was prepared to have his blood on the American flag,” Nixon said. “He said that he was and is still prepared to lay down his life in the service of his country, his fellow citizens, and the ideals that make this country great. It is that unabashed selflessness that makes Joe a great American, soldier, driver and teammate.”

The first runner-up for the award was Steve Harris of Stevens Transport, second runner-up was Wade Bumgarner of Veriha Trucking, and third runner up was Chris Bacon of TMC Transportation. Harris received a $10,000 prize. Bumgarner and Harris each received $5,000. 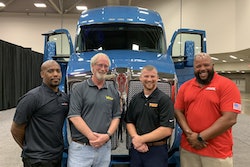 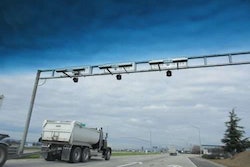 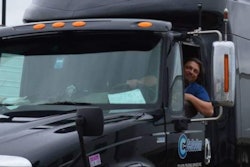 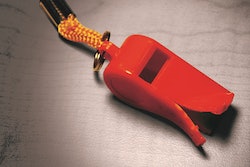