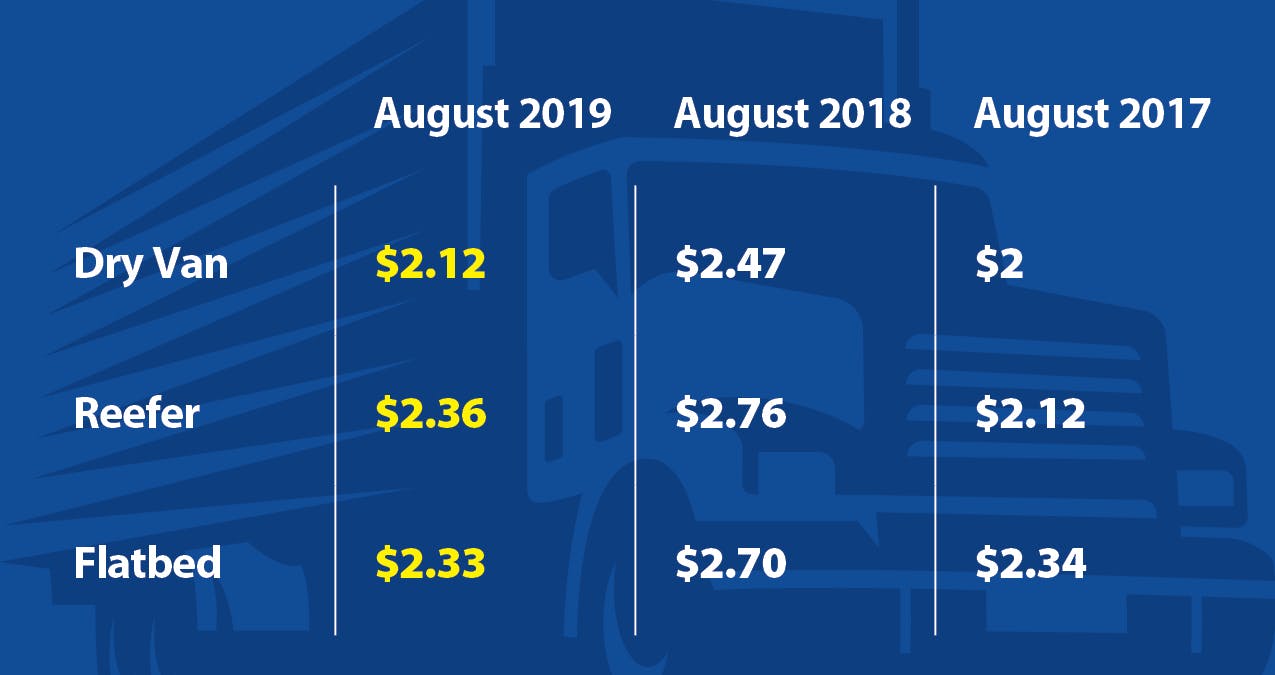 Though the dips were in line with usual summer trends, it wasn’t just seasonality that snared rates in August, says Stephen Bindbeutel, an analyst at Truckstop.com. Freight demand — and rates — continue to feel the effects of a broader economic slowdown, uncertainty over the lingering trade war with China and a recent dip in manufacturing output, he says. 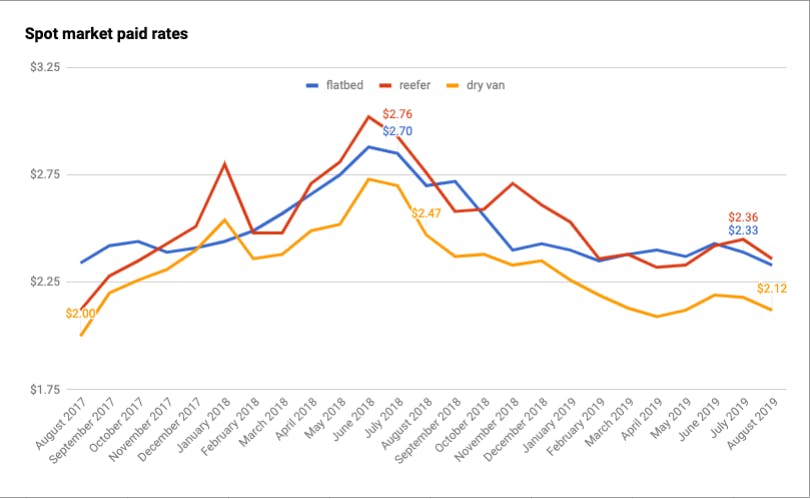 Rates zoomed upward in 2018, but have been declining steadily since peaking last June.

However, freight demand could pickup in September, Bindbeutel says, as companies try to get ahead of the Dec. 15 deadline for the next round of tariffs that President Trump intends to levy on Chinese-imported goods.

“We should see a short-term boost that should sustain us in September,” he said. “I think we’ll see a nice little push to get us through the fourth quarter and retail and holiday season.” That’s good for the short-term, says Bindbeutel, and could provide time for trade issues and other economic uncertainties to “be resolved and get back on track” heading into 2020.

Lastly, flatbed rates also slipped 6 cents in August to $2.33 a mile. The segment’s average was down 37 cents from the same month last year and down a penny from August 2017. 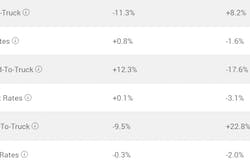 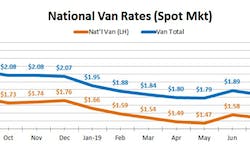 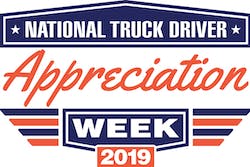 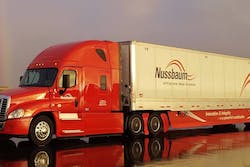