Truckload rates gained some traction during the first week of March as demand-indicating load-to-truck ratios increased for all three equipment types, said DAT Solutions, operator of the DAT load board network.

Retailers are playing a role as they try to replenish inventories faster than consumers can fill their carts with shelf-stable food and cleaning supplies. 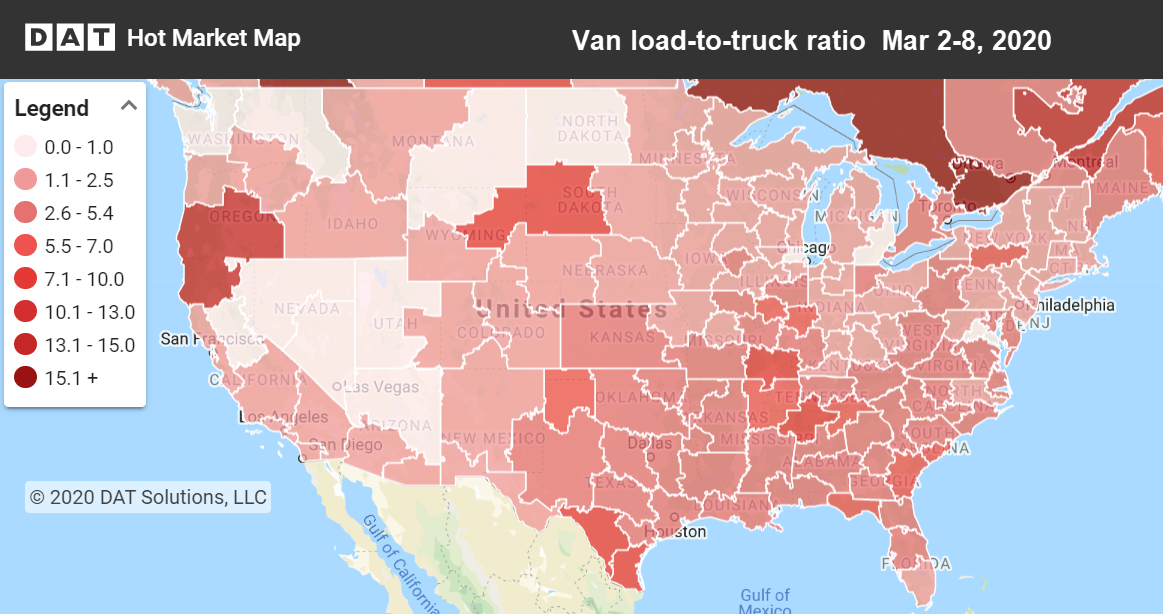 Trend to watch: Imported retail goods
The National Retail Federation is forecasting retail imports to be 18% lower in March and 3% lower in April year over year before bouncing back with 9% increases in May and June. With factories in China now coming online, that means some sort of normalcy will have returned to trade by the end of March or early April, although how U.S. consumers react is hard to predict.

For now, the national average van load-to-truck ratio increased for the sixth straight week, rising from 2.1 to 2.4. A handful of high-volume lanes had rates increase in both directions, including Dallas to Houston, which jumped 9 cents to $2.09 per mile while Houston to Dallas gained 4 cents to $1.93.

In general, van prices are trending up seasonally but remain soft in places.

Market to watch: Border-market produce
The national average reefer load-to-truck ratio inched up to 4.6 last week compared to 4.2 the week before. That’s low for carriers seeking pricing power, but produce markets are in a seasonal transition, with geography coming into play.

Border markets in Texas and Arizona are seeing an influx of imports from Mexico, and shippers there are looking for trucks:
**Tucson to Los Angeles hit $2.45 per mile, up 23 cents
**McAllen, Texas, to Atlanta shot up 10 cents to $2.35 per mile
**McAllen to Elizabeth, N.J., gained 4 cents to $2.15 per mile

As usual, the situation is different in south Florida. Miami to Atlanta rates lost 15 cents to $1.52 per mile, and Miami to Elizabeth fell 6 cents to $1.64. 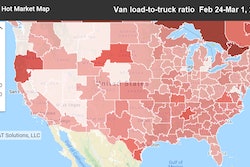