Truckers ‘the foot-soldiers carrying us to victory’: Trump thanks drivers at White House lawn ceremony 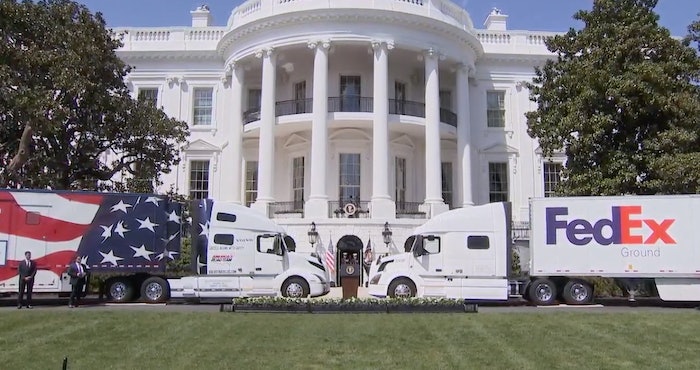 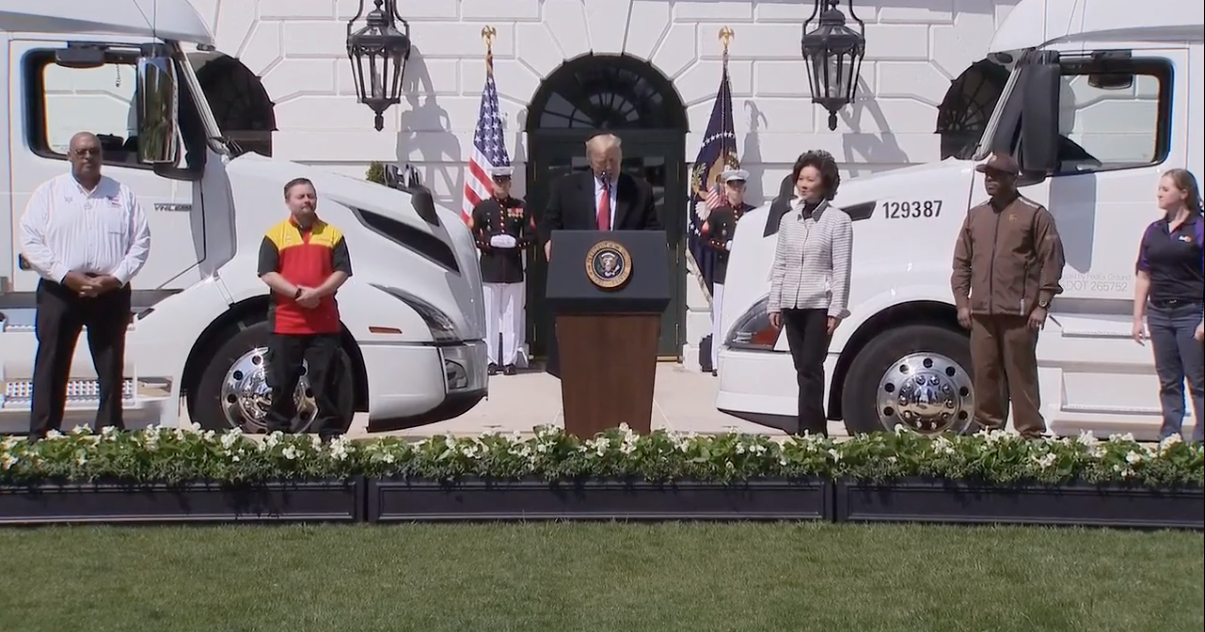 President Donald Trump on Thursday took to the White House lawn to state his appreciation for the nation’s truck drivers in an event organized by the American Trucking Associations. Trump also awarded special keys to several drivers and ATA President Chris Spear.

“Thank God for truckers — that’ll be our theme,” Trump said in his address. He was flanked by Transportation Secretary Elaine Chao and two of ATA’s America’s Road Team trucks, as well as a DHL-branded tractor-trailer and a UPS tractor-trailer. “In the war against the virus, America’s drivers are the foot-soldiers carrying us to victory,” he said.

“Truckers are playing a heroic role in helping America cope during this crisis,” said Chao. “And truckers will play a critical part in helping our economy recover once this crisis is past us.”

See the full video of the presentation in the video below.