While the number of posted loads actually dropped 16.5% during the week ending May 24, which included the Friday, Saturday, and Sunday of the holiday weekend, truck fell farther, by 29%. Shippers and brokers paid a premium to secure capacity ahead of Memorial Day. The rolling national average van, flatbed and reefer rates were 6, 7 and 8 cents higher, respectively, on May 24 than they were at the start of the month. Rates are low but trending in the right direction.

Trend to watch: Load-to-truck ratios on the up

The load-to-truck ratio is the number of loads available relative to the number of posted trucks. Like a barometer, it indicates how much pressure there is on rates to go up or down.

Contract carriers continue to take their capacity out of the spot market, pushing rates higher on 73 of DAT’s top 100 van lanes by volume compared to the previous week. Volumes were up 5.7% on those 100 lanes. Rates were also better on 49 of the top 72 reefer lanes by volume.

Market to watch: Los Angeles vans and reefers
The average Los Angeles outbound van rate increased 9% week-over-week to $2.20 per mile. That’s up from $1.83 two weeks ago. Several key outbound lanes are up since the start of month:

Reefer outlook: Produce markets can go from hot to not in a hurry
Produce markets can flip quickly, and Florida is Exhibit A. Most outbound lanes posted declines last week, including from Miami to Atlanta (down 16 cents to an average of $1.87/mile) to Elizabeth, New Jersey (14 cents lower to $2.08). Rates out of Lakeland, Florida, also edged down slightly.

However, rates are rising on lower-volume lanes in the Southwest, which makes them worth checking out. Reefer pricing out of Nogales, Arizona, made big jumps last week: 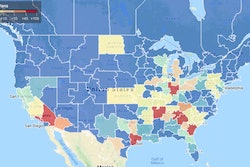 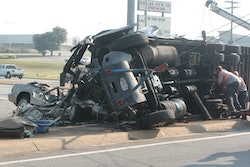 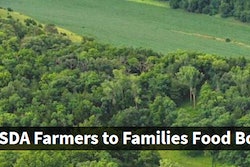