News roundup, May 29: Trucker arrested with approximately 30 kilograms of cocaine in truck

Massachusetts State Police arrested Javier Robledo Perez, of Dallas, after they found some 30 brick-shaped objects wrapped in black plastic in the truck’s cab, according to court documents.

Court documents filed by the Federal Bureau of Investigation say two MSP troopers pulled over the tractor-trailer at the Charlton service plaza on the Massachusetts Turnpike after the truck entered the highway from Interstate 84 going 50 mph in a marked 35 mph zone and switched lanes forcing other vehicles to brake to avoid a crash.

Perez granted the troopers access to search the truck. Troopers called the FBI Boston Strike Force after they found the brick-shaped objects in the truck’s sleeper. FBI agents searched the truck and found a second box that reportedly contained more bricks, which were tested and found to contain cocaine.

Perez was charged with possession with intent to distribute five kilograms or more of cocaine and is scheduled to appear in court Tuesday, June 2.

The highway sustained damage following a 6.5-magnitude earthquake that occurred on May 15, approximately 20 miles southeast of Mina.

NDOT maintenance crews, as a temporary fix, shaved down cracked roadway surfaces with up to 3-inch gaps along a half-mile-long section of U.S. Highway 95 located roughly 6 miles north of Coaldale. The largest repairs entailed a 9-foot-wide full depth pavement makeover and a 40-foot-wide patch across the highway.

I-15 lane restrictions in Nevada to begin next week
The Nevada DOT will begin a project Monday, June 1, that will cause a lane restriction in each direction where the project is taking place. 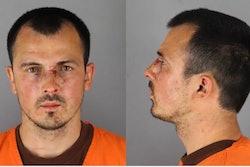 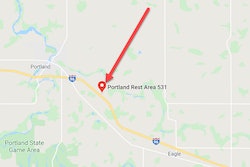