New York police cracking down on speeding through next week

Watch your speed in New York for the next week
Beginning today, June 11, New York State Police will be conducting their annual “Speed Week” enforcement blitz. Troopers will be more watchful that normal for anyone breaking the speed limit, especially in work zones, through Wednesday, June 17.

They will also be targeting drivers violating the state’s “Move Over” law requiring drivers to move over when approaching emergency or hazard vehicles on the side of roadways with their lights on.

“Speeding is a significant safety hazard on our highways, which often results in tragic consequences,” said New York State Police Superintendent Keith M. Corlett. “We urge all motorists to obey posted speed limits and eliminate distractions while behind the wheel. Troopers will be highly visible this week and throughout the summer to ensure all motorists are obeying posted speed limits and driving safely.”

During the June 2019 Speed Week campaign, troopers issued 24,770 total tickets, including 13,016 for speeding, 571 for distracted driving and 416 for violations of the Move Over law.

New TA Express opens in Texas
TravelCenters of America has opened a new TA Express in Nacogdoches, Texas, near I-69 at U.S. Highway 59.

The Nacogdoches location is the second TA Express franchise operated by The Gateway Group. The company opened a TA Express in Kilgore, Texas, in January, and plan to open a TA travel center in Fairfield, Texas.

Gott was heading to Fort Worth, Texas, on May 1, when he saw a dump truck hauling hot asphalt roll over in the eastbound lanes of I-20 just outside of Vicksburg, Mississippi.

“He was going into a curve, blew a tire, lost control and flipped over—the guardrail stopped him,” Gott said.

He then quickly pulled over and ran back to the scene, where he saw the driver “barely walking and trying to move around the front of the truck toward the guardrail,” Gott said. At this point, asphalt had spread all over the road and in the truck.

“He had tar on his side,” Gott said. “He was in pain and his skin was peeling off. I helped him to my truck to get him in the shade where he could sit down.”

Gott gave the man a bottle of cold water, and a deputy arrived and called an ambulance. He did his best to comfort the man until paramedics arrived. The driver’s wife arrived before emergency vehicles, and she thanked Gott numerous times for stopping to help.

He stayed on the scene for more than three hours until the cleanup was done. “The asphalt had spread from shoulder to shoulder, about two inches thick all across the highway,” he said. “I couldn’t move until they were done.”

For his willingness to help, Gott was presented with a certificate, patch, lapel pin and truck decals. Groendyke Transport also received a certificate acknowledging their driver as a TCA Highway Angel. EpicVue sponsors the Highway Angel program.

Periodic lane closures planned for I-94 near Detroit
The Michigan Department of Transportation will start a project on Monday, June 15, to repair 9.5 miles of I-94 from just east of Huron Street to just east of I-275. The work includes pavement repairs on the freeway and ramps, joint repairs and resealing, drainage clean-out, diamond grinding, and replacing the truck weigh scale at the Belleville Rest Area.

Eastbound and westbound I-94 will remain open with lane closures varying during days, nights and weekends. All lanes will remain open during morning and afternoon drive times. Single-lane closures may occur on weekdays from 9 a.m. to 3 p.m. Up to two lanes may be closed during weeknight work from 8 p.m. to 5 a.m. Weekend work will occur from 8 p.m. Friday through 5 a.m. Monday, with one lane open.

The project is expected to be completed in late fall 2020. 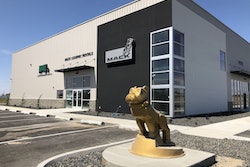 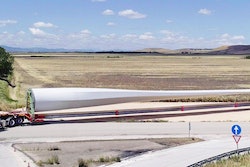 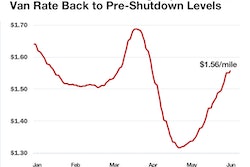