For truckers looking to vote early or absentee, a look at each state’s practices 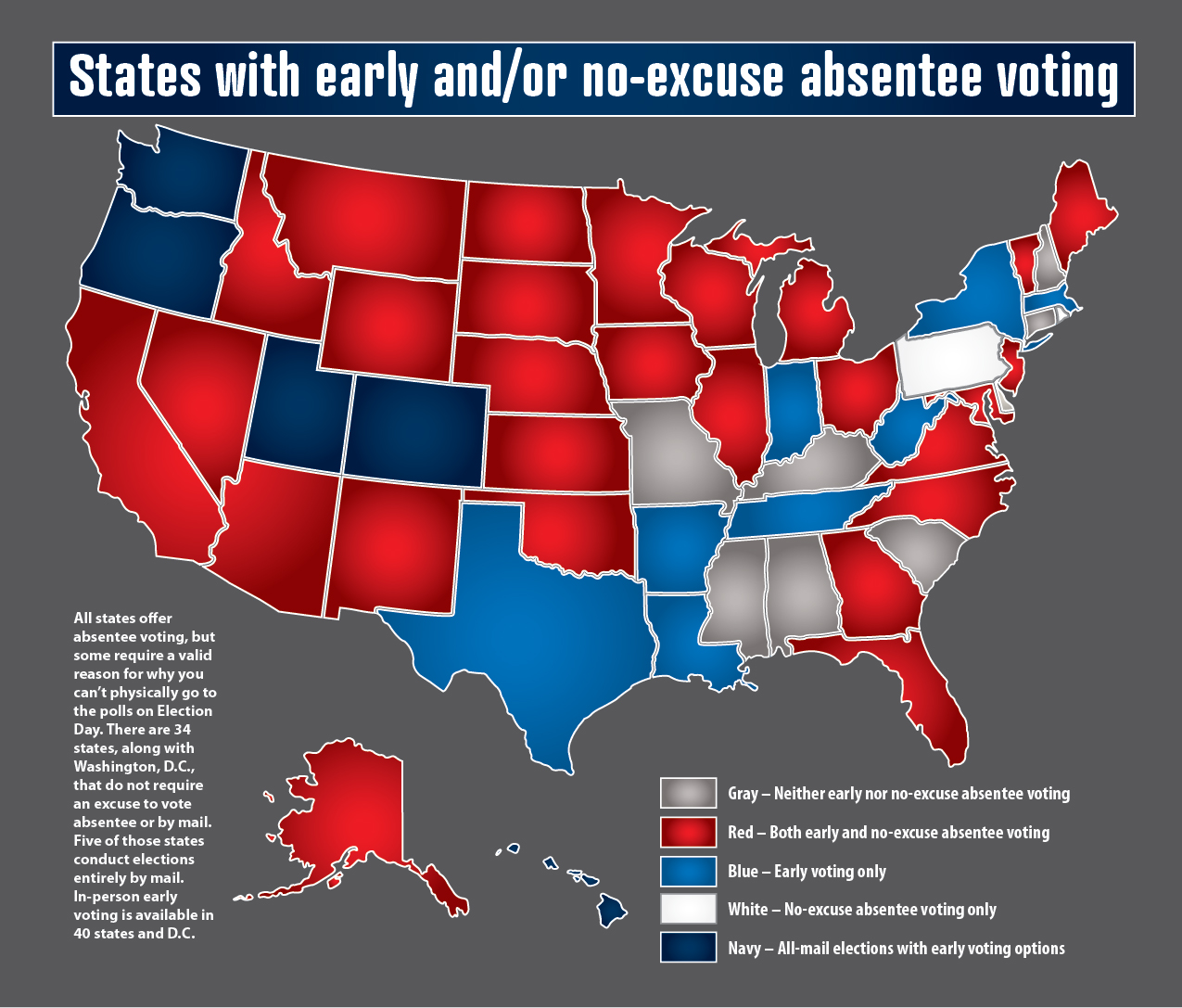 Click through this map image for a larger version if needed — it shows early and absentee voting options for each state during normal election years. With uncertainty around COVID-19, some states are changing their voting rules for 2020 to allow more people to vote by mail. Check with your state’s election officials to find out what you need to do to vote.

All states allow absentee voting, but there are many differences in their procedures and deadlines.

Forty states plus Washington, D.C., allow voters to come to their polling place in-person days or weeks before the election.

There are 34 states, plus Washington, D.C., that allow any registered voter to request an absentee ballot without an excuse. Five of those states – Washington, Oregon, Utah, Colorado and Hawaii – conduct their elections with all-mail voting, while also giving voters the option to vote early in-person at the polls.

You still can request an absentee ballot in the remaining states, but you have to provide an excuse for why you can’t show up to the polls on Election Day. Being out of the jurisdiction because of work is a valid excuse many truck drivers use to request a ballot.

The map above can help you determine what you can do to vote if you know you will not be able to go to your polling place Nov. 3. More detailed information for each state can be found on your state’s election office website. The National Association of Secretaries of State can send you directly to your state’s absentee voting page. 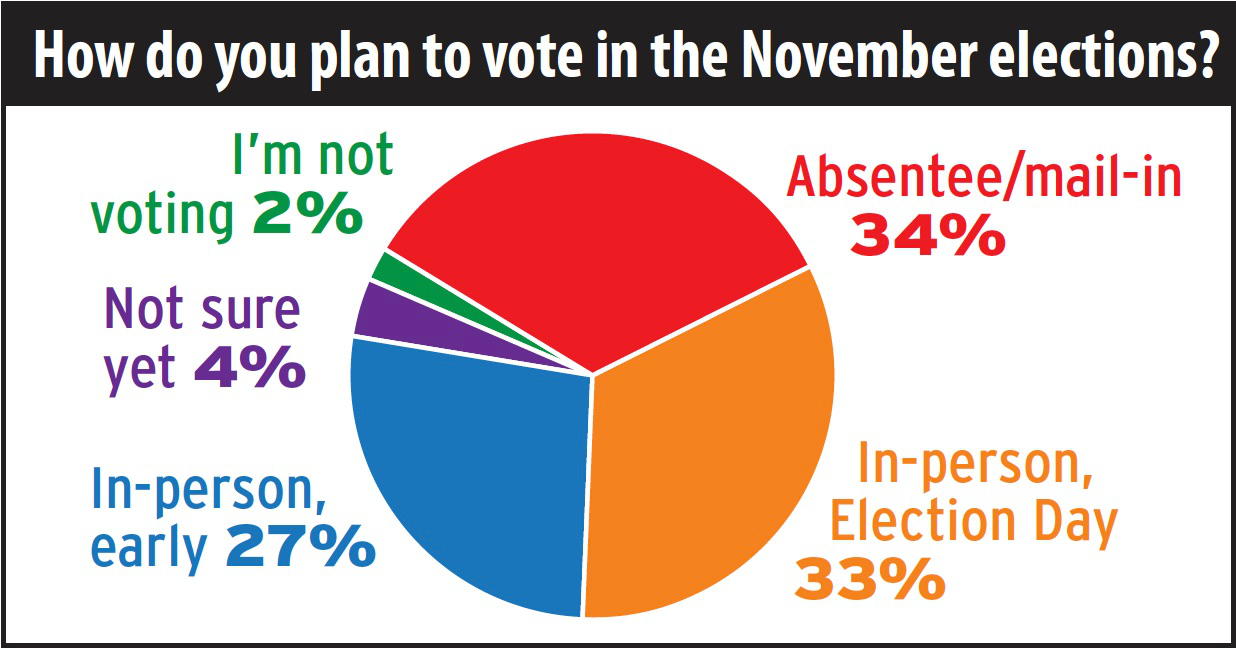 Since the 2012 election, when Overdrive readers reported their voting method post-election in a poll nearly identical to this one, preference for absentee voting among truckers has grown markedly. The share of respondents who planned to vote by mail in the poll this year was more than a third higher than the distribution seen eight years ago.

Some states are making it easier for citizens to vote absentee by mail this year due to COVID-19, but every state’s election rules are different. Use NASS’ “Can I Vote” resource to determine what you need to do to vote absentee in your state. Some states have changed their absentee voting rules to allow any voter to request an absentee ballot, even in states where excuses normally are required.

NASS says some states give election officials the authority to implement certain measures in emergency situations, such as a pandemic, often involving the relocation of polling places or special absentee voting procedures. After Hurricane Sandy impacted more than a dozen East Coast states in 2012, governors ordered alternative voting procedures and extended absentee voting deadlines for the November election.

If you had planned to vote in-person this year but have health concerns due to COVID-19, check with your state’s election office to see if you can request an absentee ballot for that reason.

As the pandemic took hold in March, NASS sent an open letter to Congress and American voters regarding election preparation.

“There is no one-size-fits-all approach, but instead a 50-state solution,” the letter said. “In particular, states may increase their vote-by-mail presence, extend absentee mail ballot request deadlines, increase drive-up curbside voting and/or expand absentee voting eligibility.”

All states but one require voters to register before being allowed to vote. North Dakota simply requires bringing valid proof of ID and residency to the polls to vote. Some states allow in-person registration at the polls on Election Day.

If you aren’t sure if you are registered to vote, or if you can’t remember the location of your polling place, the National Association of Secretaries of State has a page that can direct you to your state’s registration status page.